Hands-free Is Just As Distracting 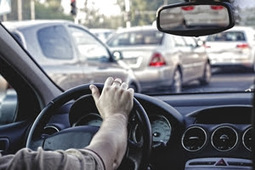 A new AAA report found that hands-free devices, like voice-controlled commands, are actually very dangerous. New technology that allows you to speak to your car or phone creates more distractions than are necessary while driving.

While​ the recent focus over the past decade has been on cell phone use and driving, more attention is now being paid to communication devices in your car as they become more prevalent. The majority of new cars sold in the world have voice-command capabilities, according to the International Business Times.

That means public roads are becoming more crowded with vehicles that use these potentially dangerous systems - not to mention the number of phones and apps that provide these services increases daily as well.

Although safety experts were previously worried about drivers taking their eyes off the road, the new dangers arise from drivers simply losing attention - even when they are watching the road. This effect is known as "inattention blindness," where people are aware of their surroundings but their minds can become temporarily occupied by another task, like navigating, dialing a phone number or posting to Facebook, all through the use of voice commands, according to the International Business Times.

"Technologies used in the car that rely on voice communications may have unintended consequences that adversely affect road safety," said AAA's Foundation for Traffic Safety CEO and President Peter Kissinger, according to AppleInsider. "The level of distraction and the impact on safety can vary tremendously based on the task or the system the driver is using."

Which devices are worst?
AAA ran a series of tests in various vehicles using the many different systems that come installed in the cars. Toyota's Entune fared the best, scoring a 1.7 out of 5, with 5 being the most dangerous.

The Hyundai Blue Link and the Chrysler Uconnect scored a 2.2 and 2.7, respectively. In last place, the most dangerous voice-controlled system was General Motors' OnStar, which scored a 3.7.

Additionally, the study found that simply listening to messages from your phone creates a high level of distraction, with Apple's Siri app being the most distracting device to use while driving.

The problem with the new technologies is that they rearrange driver behavior, attention and awareness, for which cars may or may not be suited to handle. Many in the industry fear that there are already enough traffic problems to overcome, including road rage, traffic jams, speeding and work sites.

"We already know that drivers can miss stop signs, pedestrians and other cars while using voice technologies because their minds are not fully focused on the road ahead," said Bob Darbelnet, CEO of AAA, according to the Wall Street Journal. "We now understand that current shortcomings in these products, intended as safety features, may unintentionally cause greater levels of cognitive distraction."

As the future of automotive technology continues to unfold, the insurance industry will also have to cope with the new changes. Specifically, if voice technology is more dangerous, then drivers will have to pay higher car insurance rates to cover the risk.