Gm Recalls Another Round Of SUVs 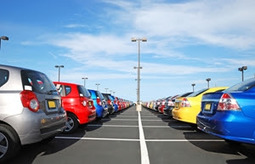 In the midst of recall frenzy, you may be worried about the state of your own automobile. Vehicle recalls are close to setting records this year. However, with so many more automobiles on the road featuring more advanced software and technologies, most issues in recent recalls can be easily fixed with an update, which can sometimes be enacted remotely.

General Motors has announced another round of recalls for nearly 52,000 SUVs as a result of a faulty engine switch. The defect found in the 2014 Buick Enclave, Chevrolet Traverse and GMC Acadia could lead to potentially inaccurate fuel readings and increase the risk of an accident.

NBC News reported that a GM letter to the National Highway Traffic Safety Administration noted that the software default could alter fuel readings by as much as one-quarter of a tank. This could make a driver think they have more fuel than is really in the vehicle, which could result in a crash as a driver runs out of gas or cause the vehicle to stall.

In total, GM has recalled more than 7 million automobiles so far in 2014. Earlier this year, 2.6 million vehicles were recalled by the automaker as a result of a faulty ignition switch that was tied to 13 deaths across the country. Following that recall, GM is under investigation from the Justice Department, Congress, the Securities and Exchange Commission and the NHTSA. The initial problem may have first occurred as early as 2004.

GM has said it will reprogram the software for free for affected vehicles starting immediately. Vehicles affected by the recall were built in 2013 and may still be under warranty by the company. There have been no injuries or accidents reported with the latest fuel gauge issue.