Getting Insurance With A Dui 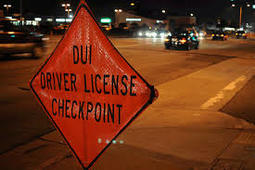 Being caught and charged with driving under the influence is the ultimate wake up call. You realize that the choice you made to drive home after a fun night out was a bad one; not only did you put yourself in danger, but you jeopardized the safety of innocent bystanders, too. The rise in your monthly car insurance payment and myriad court fees are constant reminders of the mistake you made. But you are not your mistakes, and one poor decision shouldn’t haunt you for the rest of your driving career. So what’s the next responsible thing for a driver to do after getting their license back? Obtaining car insurance for DUI infractions, that’s how.

The Cost of Driving Under the Influence
According to the Centers for Disease Control and Prevention (CDC) nearly 30 people die every day in the United States in traffic accidents that involved a drunk driver. This means one person dies every 51 minutes. In 2012 alone, over 1.3 million auto drivers were arrested for DUIs, making the annual cost of alcohol-related auto accidents $59 billion. The numbers don’t lie. Driving under the influence isn’t worth the cost of human life. Even if you are lucky enough to get out of an alcohol-related crash physically unscathed, there are other severe repercussions to face.

When you have been accused and charged with driving under the influence, your driving record is seized and stamped with a DUI violation. According to the Department of Motor Vehicles (DMV), when you are first convicted of a DUI, you are slammed with hefty fines, jail time, driver’s license suspension, and reinstatement fees to renew the suspended license. If that wasn’t enough, damage sustained to your vehicle costs far more to repair as your car insurance premium rates have skyrocketed. After your driver’s license is reinstated, in all future insurance dealings you will have to provide evidence of financial reliability.

The Charges
How high will your car insurance premiums climb after renewing your driver’s license? According to CoverHound’s findings, in the first year after being charged with a DUI, your car insurance premiums jump an average of 94.13 percent. If you began with a car payment of $76 a month prior to your conviction, after conviction you are paying a whopping $147.54 a month. Not only have you been emotionally drained by your experience, but your bank account is following suit too. You have already served your time and paid the fines. The least your insurance company can do is annually decrease the premium with each following year if you’ve had no driving violations. But not all insurance companies will recognize your efforts to be a better driver. When your insurance company fails you, CoverHound can help.

We Can Help
One mistake in the driver’s seat can have severe consequences. If you do have a DUI on your driving record, we can help you find an insurance company that recognizes your efforts to return to a pristine driving record. CoverHound provides users with the ability to compare insurance quotes based on a number of personalized questions including, but not limited to, age, gender, and zip code. You can then purchase those insurance packages through our easy-to-use online portal.

Our goal is to bring you the coverage that counts. Shop and compare auto insurance rates for DUIs on CoverHound today, or speak to a licensed advisor at (866)-278-7881 for more information.