Getting Better With Age: Average Car Insurance Rates At 25 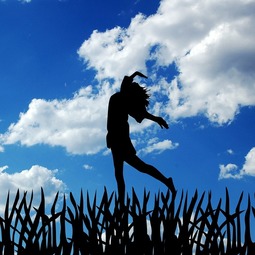 There are 2 milestone ages that every driver looks forward to. The age of 16, when you can legally obtain a driver’s license; and age 25 when average car insurance rates drop. But before you get all giddy and triumphant with your newfound age liberties, let’s dig into this quandary further.

Below we’ll look at some of the reasons premiums are so high from ages 18-24, and how you can keep your premiums heading downhill after the age of 25.

Why do average car insurance rates drop at 25? Premiums between the ages of 24 and 25 can be quite significant, sometimes dropping as much as 40 percent. Your new status as a 25-year-old might seem arbitrary to you, but the insurance companies aren’t into semantics, they base premiums off cold hard facts.

In general, insurance companies find drivers under 25 to:

These assumptions are grounded in some sad realities for under-25ers. For example, Cars Direct found average car insurance rates for drivers with the same providers and the same driving profile (vehicle, location, gender, marital status) on a six-month policy to range from $1948- $2921 for drivers 24 and under, compared to $649-$1485 for drivers aged 25-29.

Safety can save your life and your wallet. Chew on this: The Center for Disease Control has found that 55 percent of drivers and passengers under the age of 20 who died in a crash weren’t wearing a seatbelt. However, older drivers aren’t perfect. For instance, adults age 18-34 are less likely to wear seat belts than adults age 35 or older. Gender and location play a large part in safety practices as well. Men are 10 percent less likely to wear seat belts than women, and adults in rural areas are equally less likely to wear their seatbelts compared to urban drivers in the same age range.

By 25 years old, your driving record likely tells a story about who you are behind the wheel. A drop in average car insurance rates at age 25 has a lot to do with the near-decade long experience you have as a driver. This is assuming most drivers are licensed and insured between the ages of 16-18, of course. Once a driver reaches the age of 25, there are three major factors in maintaining a gradually decreasing premium as the years go by:

Choose new or used vehicles with advanced safety features such as anti-lock brakes, airbags, stability control and four wheel drive. Insurance providers will see you as a lower risk driver, regardless of your age.

Factors such as weather, traffic conditions, theft and local laws in your region can affect how much you pay.

Commuting 40 miles round trip daily is simply spending more time in your vehicle, therefore putting you at more risk for collision.

Another factor to consider in keeping premiums low is opting for traffic school. Moving violations can be easily erased from your record if you put the extra effort in to enroll and attend a driving school (online or in-person). Check your local requirements in your area as the rules are different from state to state.

When it comes to average car insurance rates, the golden age range of premiums is between age 25-64. But by being a conscientious driver and gradually upgrading your safety features, you’re sure to keep your premiums on a satisfying downward slope either way.