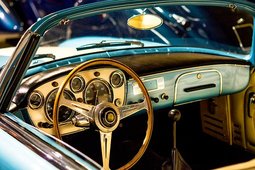 In an announcement certain to have repercussions throughout the commercial vehicle industry, General Motors has plans to deploy a fleet of robo-taxis within the next year. The company anticipates its automatic commercial taxis will be on the road by 2019. This will almost certainly have a significant impact on commercial auto insurance quotes. Insurers must now take the reliability of those platforms into consideration when setting rates.

In addition to completely changing the nature of taxis and ride-sharing as we know it, this marks a new business model for the gargantuan automaker. Instead of selling the cars, General Motors plans to retain ownership of the vehicles. The cars initially will be able to offer rides at a cost of about $1.50 a mile, quickly getting to $1 a mile, whereas current ride-hailing services cost about $2 or $3 a mile, according to a GM spokesperson.

This has the potential to completely upend the ride-sharing industry, as it currently exists. With no drivers to pay, revenues will be much stronger, even as prices are lower—assuming passengers adopt the service en masse.

It's currently legal for self-driving cars to operate on public streets in most states. That is, as long as there is a human being inside to take control should things go awry. However, California is moving toward accepting autonomous vehicles without a human backup.

This development has executives at General Motors eyeing this all-new revenue stream hungrily. "We don't see regulations as an impediment to wide-scale deployment," GM President Dan Ammann said of the prospects for this new business case. With that said, a number of other companies are also looking to get their wedge of the pie chart.

According to the San Francisco Chronicle,Waymo, a sister company to Google, will soon offer rides without a safety driver in Arizona. Uber has been testing robot taxis with backup drivers. Tesla also envisions an eventual fleet of ride-hailing vehicles and has rolled out semi-autonomous software for current drivers.

Cruise Automation, A GM subsidiary, has been testing a fleet of 100 cars in San Francisco, one of the most challenging urban driving environments in the country. "We are on a path to be up to a million miles a month of on-road testing in 2018," Cruise CEO and co-founder Kyle Vogt told TheChronicle. Confident it has San Francisco in hand, the company plans to take cars to Manhattan for testing next. As that old Sinatra song goes about New York City; if they can make it there, they're likely to make it anywhere.

That General Motors, with legions of shareholders to keep happy, would make an announcement such as this is rather momentous. After all, failed promises like this could easily come back to haunt the company—in a bad way. Clearly, the company sees an opportunity to be on the leading edge of a wave that is already building momentum. You'll want to keep an eye on this to protect your business If you're a fleet operator. In the meantime, you can drive down your costs with free commercial auto insurance quotes from CoverHound. Try it today!