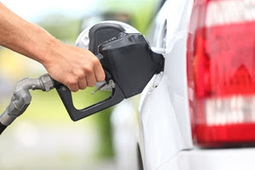 While Americans are usually preparing themselves for higher gas prices during summer, this year motorists have gotten a reprieve at the gas pump. As the price of oil continues to fall, it's being reflected in fuel prices, which have continued to drop throughout the year. If the decline continues, gas prices could reach $2.00 by the Labor Day holiday weekend, a time when many Americans hit the road.

"Gas prices could reach $2.00 by the Labor Day holiday weekend."

According to GasBuddy, gas prices hit their lowest point since April 30, while crude oil prices are almost as low as they were in March. The dipping national average is 17.3 cents cheaper per gallon than it was 30 days ago, while the price is 89 cents less expensive year over year. Overall, the falling prices are contributing to produce $344 million dollars a day in savings for motorists, a welcome respite from the rising prices experienced over the last couple of years.

The price for light sweet crude oil in the U.S. set for a September delivery dropped 2.5 percent to reach $42.23 a barrel, which is the lowest point it's been since March 3, 2009, The Wall Street Journal reported.

Contributing factors
Several factors have aligned to create an ideal environment for motorists just when they need it the most. Both China and Europe - two big markets for oil - are experiencing economic slowdowns, which in turn has decreased the fuel demands for these regions. Since China has seen usage continue to steadily rise over the past 10 years, any reversal of this trend is only going to further depress the price.

Meanwhile, the Organization of Petroleum Exporting Countries aims to bump up their production of crude oil to a record of 33 million barrels a day, Bloomberg Business reported. With production reaching such a high level, it should keep oil prices low for some time. Not only are Saudi Arabia and Iraq contributing to the overproduction, but the recent accord with Iran means that country will also begin pumping roughly 500,000 more barrels a day into the market once sanctions are officially lifted. These countries do not plan on curbing production anytime soon, which means the global glut of oil will continue unabated, leaving prices to continue falling with no end in sight.

In addition, the U.S. has seen the dollar gaining in strength recently, which has driven down oil prices.

As the price of oil continues to drop, more people will consider purchasing a car. Once you make your purchase, head to CoverHound to get affordable auto insurance rates with ease.