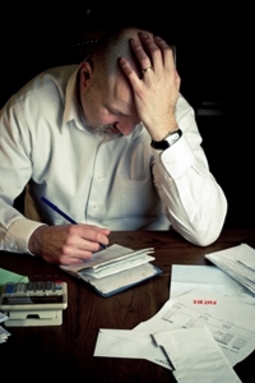 Most mortgage lenders require homeowners to maintain an adequate amount of home insurance on their property because it protects the lender's risk. However, if the lender doesn't receive proof of insurance coverage or feels the homeowner doesn't have enough, it can buy its own policy and then pass the cost on to the borrowers.

This is called force-place coverage, and has become a controversial topic as the policies tend to be more expensive than typical homeowner insurance plans. This means borrowers pay more for the force-placed plan than they would for average home insurance coverage, which leads to troublesome situations for homeowners already having a difficult time paying their bills. If borrowers were unable to pay for a typical homeowner insurance policy, they are not likely going to be able to pay a higher price for the lender's plan.

Additionally, a force-placed plan usually provides less protection than a typical homeowners insurance policy. Not only are borrowers paying more, they're getting less for their money.

Are kickbacks involved?
The cost to the homeowners is not the only controversial aspect of force-placed insurance plans. Many claim the banks inflate the price of the premiums in order to charge borrowers more and receive a kickback from the insurer in either cash or free services.

Last November, the U.S. Federal Housing Finance Agency said it was going to move forward with a ban on fees for force-placed insurance policies as well as on certain payments mortgage lenders who work with Fannie Mae or Freddie Mac can accept, according to The Wall Street Journal. Under the rule, lenders wouldn't be able to collect sales commissions or money for taking on a portion of the insurance risk. The purpose of the reforms was to lower prices of force-placed plans.

Since the FHFA announced its intentions, some changes have been made, but not all of them. During the summer, the FHFA prohibited lenders from collecting cash in exchange for purchasing force-place insurance. However, this ban has not stopped many homeowners from facing expensive forced-policy insurance prices, and many are left wondering when other reforms will be put in place.

At a Senate Banking Committee meeting this month, FHFA Director Mel Watt stated it was a difficult area, but the agency was working on the issue, according to Insurance Business America.

"You're in a position to stop it and I'm asking you to do so," Sen. Jeff Merkley, D-Ore., told Watt.