Florida Insurance Rates To Be Cut 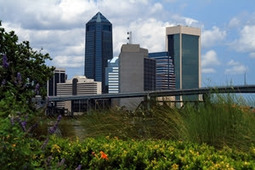 Insurance rate cuts are coming to Florida, but residents may still have to pay a lot for their premiums. Citizens Property Insurance, one of the largest property insurers in Florida, voted on June 25 to lower rates for single-family homeowners by 3.2 percent in 2015. Citizens has more than 928,000 policyholders in the state, and the new cuts will be available for 70 percent of homeowners in Florida.

The cuts could be as big as 10 percent for some policyholders that live in coastal regions from the Panhandle to the the Atlantic, according to Miramar​, Florida NBC 6 affiliate. Gov. Rick Scott is hoping to cut down the number of homeowners insurance policyholders under Citizens, as the insurer can recover money from most insurees if they cannot pay off their claims.

The cuts still need to be approved by regulators, but Barry Gilway, Citizens president and CEO, said that this move could benefit residents.

"The rates approved today by the board indicate that Citizens is moving in the right direction," Gilway said in a statement. "They also are a clear sign that Citizens and all Florida property owners will see clear benefits from improving financial stability in the private insurance market."

Even though base rates are declining, some premiums could start to rise in 2015. The rise in premiums could hinge on the value of each resident's home. Rates only figure how much policyholders have to pay for every $1,000 of insured value. If a home is worth a considerable amount, homeowners may still be paying a lot of money. Construction costs and the value of homes in the state are growing, which means more expensive payments are on the rise, according to Tampa Bay Fox affiliate WTVT.