Flood Insurance Rate Relief On The Way For Homeowners 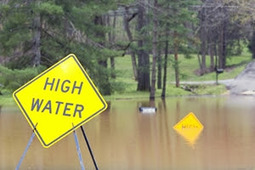 Flood insurance costs have been rising for homeowners who live in certain areas and are obligated to purchase coverage for their properties. For many, the skyrocketing premiums are too high and could even force them out of their homes. Fortunately, new legislation through both the state and federal levels will soon help out homeowners with high rates.

Massachusetts passes new insurance laws
In Massachusetts, a new bill sponsored by state Sen. Robert Hedlund has recently passed the state Senate after already passing the House earlier this year. The bill proposes to change how much flood insurance homeowners are required to purchase from a Massachusetts lender.

The bill was created with intentions to combat rising flood insurance premiums as outlined in the Flood Insurance Reform Act of 2012, which resulted in shockingly high premium prices in certain areas of the U.S. Since then, President Obama has signed into law the Homeowner Flood Insurance Affordability Act of 2014, which was intended to modify some of the premium increases seen in the last few years.

Massachusetts is just one state introducing new legislation that will further reduce the cost of flood protection for homeowners in high-risk areas, but other states are looking to take similar steps.

"Our bill simply gives homeowners one more option when it comes to deciding the amount of insurance they want or can afford," Hedlund told the Scituate Mariner, a Massachusetts-based newspaper.

Already, the Massachusetts bill has helped some homeowners lower their flood insurance rates, according to the Scituate Mariner. One resident saw her annual flood premium drop from $22,000 to $16,000, or the balance of her mortgage.

Homes and commercial buildings that are in low- or moderate-risk areas generally are not required to carry flood insurance if they have a mortgage through federal programs. However, this does not mean that homeowners or building managers should pass on a policy. According to the National Flood Insurance Program with the Federal Emergency Management Agency, 25 percent of all flood claims come from those who are not considered to be in high-risk areas. In addition, these homeowners account for about one-third of Federal Disaster Assistance for flooding.

What will flooding cost you?
While you may not want to shell out for flood insurance if you don't live in a high-risk area, there are still good reasons to purchase coverage in addition to your homeowners insurance policy. The cost of a flood can run into the thousands of dollars, and without insurance coverage, you could be at a great loss after your home or belongings are damaged.