Fires in Washington are a threat to homeowners 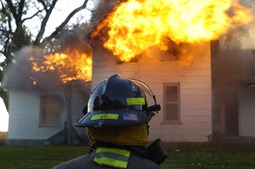 Wildfires in Spokane, Washington, have destroyed countless acres of land, and those flames are starting to affect homes in the area. About 100 homeowners in the central Washington town have been forced to evacuate their residences as a precaution, according to the Associated Press. Most of the power has been cut to the Methow Valley area, where Spokane is located.

No one has been injured by the fires, but Dan Omdal, a forest pathologist for Washington State University, said they could cause damage to homes at a moment's notice.

"This is a very dynamic situation," Omdal told the AP. "Fire activity is really high. Things are changing very quickly."

The fires started July 17 and destroyed almost 260 square miles by July 18. About 100 homes have been damaged and Frank Rogers, Okanogan County sheriff, told CBS affiliate KREM that 30 homes and trailers in Pateros County and another 25 homes located in Alta Lake were destroyed.

Wildfires can get bad quickly and damage or destroy homes in a only a few minutes. Those who live in areas known for wild fires should check their homeowners insurance to make sure that their policies are up to date and all damages that can occur from fires are covered.

The fire continues to carry over into other counties, and Rogers said parts of the highways in the area have been closed to prevent residents from traveling toward the blaze. Part of Methow Valley, which is 180 miles east of Seattle, have been without power after the fire burned utility poles.

KREM reported that 2 percent of the fire has been contained since it began, and fire officials are working around the clock to subdue the blaze.