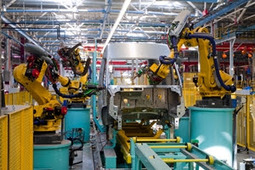 Some forecasters are predicting a downturn in the sale of automobiles in the coming years, according to the recently released AlixPartners' annual Global Automotive Outlook cited by CNBC. The report predicts auto sales to peak in 2016 at 17.4 million vehicles sold, which should match the previous high-water mark set in 2000. After reaching a forecasted high next year, experts anticipate sales to slowly wind down until reaching a bottom of approximately 14.9 million vehicles in 2019.

Many in the industry expected the global downturn to happen sooner, but lower oil prices and near zero interest rates continued to keep the auto market afloat.

The current pace of U.S. auto sales for 2015 should place the year-end totals at around 17.2 million vehicles, which would make 2015 the second best year on record. However, experts only forecast sales to grow at a 2.6 percent annual rate over the next seven years, which is much less than the 3.1 percent year-over-year growth from 2007 through 2014. Meanwhile, forecasts predict China's auto sales to drop drastically from the 17 percent growth between 2005 to 2014, with expectations of 5.2 percent growth over the coming years.

According to Mark Wakefield, managing director at AlixPartners, once analysts removed China's numbers from the mix, it's hard to say the global auto industry is actually growing.

Future challenges
BloombergBusiness cited several challenges expected to hit the auto industry in the coming years, including connected cars, autonomous vehicles, car-sharing and electric cars. Car-sharing has climbed 39 percent over the past nine years, with estimates of it climbing another 32 percent by 2020. The prevalence of connected cars and self-driving vehicles may also spur additional technological changes to vehicles that automakers will need to incorporate into vehicles, which may further cut into overall sales.

These challenges along with the forecasted slowdown in global auto sales has many in the industry speculating about the possibility of more automakers merging or forming joint ventures to boost growth and increase sales.

According to the source, AlixPartners Vice Chairman Stefano Aversa wrote in a statement that two automakers will probably light the fuse for mergers, but soon enough it "will also encompass the suppliers and new entrants from the technology sector."

"We expect a considerable wave of consolidation and partnerships in the auto industry," said Aversa.

Meeting expectations
In the past, automakers have often been unable to react and pivot to a profitable position during times of declining growth. While this forecast has dire predictions for the car market, not everyone is predicting doom and gloom for the auto industry. Following the severe drop in sales during 2008 financial crisis, many automakers learned how to better position themselves and act more disciplined to remain profitable during times of falling sales.

If automakers end up slashing prices and providing additional buyer incentives, it could artificially boost demand, however it wouldn't create sustainable growth in the long run.