Driverless Licenses On The Way 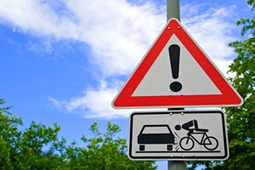 As technology continues to improve, so do our gadgets and vehicles. In the past, we at CoverHound have reported that driverless cars may be on the road within the next few years, decreasing human error and potentially the rate of automobile accidents. However, some states will offer these vehicles sooner than others.

California cruising
According to TechCrunch.com, California may soon be providing drivers with licenses for autonomous cars. What makes this an incredible development in driverless cars is not necessarily that they are soon to arrive in the commercial market - many of these autonomous features already exist in modern vehicles - it's that drivers will need a license for a robot, or a part-robot, part-car.

The California Department of Motor Vehicles plans to start granting these licenses in September, rectifying potential unlawful practices of driving an autonomous vehicle. The licenses will extend to cover 10 vehicles for 20 drivers from within the auto industry, at a cost of $150 per license. Under these limits, it's unlikely that any driver will be able to get one of these licenses come September.

However, for a select group of employees from a few auto manufacturers with driverless cars, these licenses apply. The reason the group of drivers is so small is because the group is in the beginning test phases for autonomous cars of the future. For now, transportation departments and consumers aren't quite sure how driverless cars will work - or if they won't - in traffic with regular vehicles.

Within this test group of drivers, each autonomous vehicle must be insured for $5 million for personal injury, death or property damage, TechCrunch reported. There are driver restrictions beyond employee requirements, but applicants must also have held a license for at least three years with only one point on their driving record. In addition, drivers must be able to take control of the vehicle at any time - a key part of the autonomous integration. Should an accident occur during this test run of driverless licenses, it must be reported to the California DMV within ten days of the incident if it results in property damage or injury.

Market emergence
While the California craze of driverless cars could start soon after the upcoming test run of licensed drivers, The Washington Times has reported that the market could yield as much as $87 billion for autonomous vehicles by 2030. Many carmakers plan to bring driverless cars to the market within the next five to 10 years, which could potentially change the way we drive and get from point A to point B.

The safety implications go even further. While most drivers are used to cruise control, features that can stop a car before getting into an accident or alert another vehicle to upcoming obstacles could greatly reduce driving hazards and even prevent traffic deaths. To be sure, drivers are interested in these robot cars of the future, and recent reports have shown that the market appears to be ready to take them on.