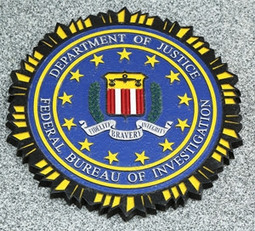 You might not realize it, but your insurance rates are directly impacted by the actions of people hundreds of thousands of miles away. And while location can factor into your auto and home insurance premiums for things such as living in a high-crime area or a region that has statistically high accidents, this has nothing to do with location and everything to do with fraud. Individuals who commit insurance fraud on the other side of the country affect your insurance rates, even if you do everything possible to keep your premiums low.

According to the FBI, not including health insurance fraud, these scams cost the insurance industry roughly $40 billion a year. Insurance companies pass these losses onto U.S. families, who end up paying, on average, an additional $400 to $700 a year in increased insurance premiums due to this illegal activity. Furthermore, according to the National Insurance Crime Bureau, fraudulent claims comprise 10 percent or more property/casualty claims. After tax evasion, insurance fraud constitutes the second most costly white-collar crime in America.

Hard and soft
The Insurance Information Institute categorizes insurance fraud in two different ways: hard and soft types. Despite being the two classifications, both forms share common ground - the deceptive manipulation of an insurance agent or provider for financial gain.

Soft insurance fraud occurs when a policyholder purposely overstates a legitimate claim to try and get a larger payout. For instance, after getting into a car accident, a person will state the damages were actually more expensive than they really cost in the hopes that the insurance company will write a larger check to cover the cost of the deductible. Another method is to claim fictitious items were stolen during an actual robbery, such as expensive jewelry or electronics.

Hard insurance fraud, on the other hand, is when a perpetrator actually commits an act that leads to loss, such as staging a home robbery or intentionally burning down a house so as to collect the insurance for the damage. In many of these scenarios, not only is the insurance fraud illegal, but the accompanying act also typically involves committing a criminal act, such as arson.

Combating insurance fraud
Insurance companies have become increasingly vigilant and successful in their attempts to locate and expose fraudulent activity. The advent of social media and other telecommunication technology has been a boon to companies, since the people misstating their claims often post about it online, which give investigators the ammunition they need to successfully fight fraud. These anti-fraud techniques are becoming more commonplace. According to The State of Insurance Fraud Technology, respondents who claimed to use anti-fraud technology increased from 88 percent in 2012 to 95 percent in 2014.

If you suspect insurance fraud is taking place, many states have an insurance department you can contact to relay the sensitive information. By limiting the number of people committing fraud, you can help keep a cap on insurance premiums that increase due to this criminal behavior.

CoverHound provides comparable quotes for both auto and homeowners insurance from its convenient website.