Comparing Auto Insurance: How The Big Cities Stack Up 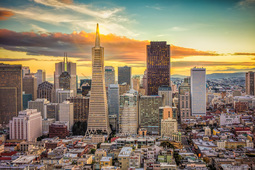 City Life is expensive. In every aspect of life, if you’re in a city, you’re probably paying more for it. And there’s no exception when it comes to how auto insurance quotes compare.

Regional factors are a big component in how rates of auto insurance quotes compare. These factors understandably shift between cities and states, with some overlapping similarities. The factors include: population, climate, differing rates of competition among insurers and the percentage of insured drivers in the area. Insurance carriers pay close attention to legal factors such as state laws and local court systems. Socioeconomic issues such as traffic, crime and number of accidents also play a part in spiking rates.

So let’s take a look at four major US cities that all have their own unique reasons for the high rate of auto insurance premiums they carry.

In addition to the usual urban suspects that drive up the cost of premiums, Detroit is the most expensive city in the most expensive state for car insurance due in large part to Michigan’s no-fault auto insurance program. Most no-fault states require personal injury insurance in addition to general liability coverage, but Detroit’s premiums are much higher regardless. In fact, auto insurance premiums for Detroiters are so much higher than other cities, lowering rates became a hot button issue for Mayor Mike Duggan on the campaign trail in 2013.

Like other no-fault states, Michigan requires car owners to purchase personal injury protection insurance as well as a surcharge of over $150 per vehicle to support the state’s policy of unlimited medical coverage. These additional fees weigh heavily on the Motor City’s policy holders, who might otherwise choose to redistribute the funds to other areas of the policy such as comprehensive and collision.

Miami premiums average $3,168 a year. With a dense population, convertible- friendly car culture and propensity for hurricanes, auto insurance rates run pretty high. However, Miami also has the unique distinction of having the rudest drivers in the country, rating higher in road rage than the usual suspects in New York, Los Angeles and Boston. Miami rates 58 percent higher than the average national rate for collisions, often citing ‘running late’ as the cause.

Perhaps surprisingly, New York City is ranked the 13th most expensive U.S. city for car insurance. What is not so surprising, is that Brooklyn tops the list of boroughs with the highest rates. With only so much room to house cars in Manhattan, Brooklyn is the location most New Yorkers insure their vehicles. The annual premiums average around $3,500 a year, and it has everything to do with the population density growing exponentially over the past decade. An influx of services to new residents, as well as the high-tech and entertainment industries, have contributed immensely to how the rates of how car insurance quotes compare not only to Manhattan, but other major U.S. cities.

It’s no secret that Angelenos love their cars, so it isn’t shocking that 10 L.A. county car insurance quotes compared highest to other parts of the state, including the congested Bay Area. The sleepy town (at least by LA standards) of Glendale is the state’s most expensive address for car insurance, and referred to cheekily by Curbed LA as the “most terrifying place to drive”.

KPCC notes “Glendale's premiums are especially high because many accidents in the city involve underinsured or uninsured drivers, plus "there are more accidents that result in bodily injury there.”

While urban car insurance quotes may all reflect a higher premium than we’d like to see, each city has it’s own unique set of circumstances driving up the price.

Moving to a new city soon? Make sure you use CoverHound to research how auto insurance quotes compare in your new ZIP code.