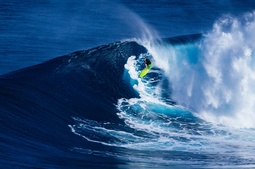 Whether you live in Honolulu, Waipahu, Kaneohe, or anywhere else in Hawaii you're in the right place to find the best deal on car insurance. We don't just list a bunch of car insurance companies who do business in Hawaii. We take the time to understand your needs and preferences and match you with Hawaii car insurance providers (direct companies and local agents) that are most likely to meet your needs.

Hawaii car insurance comes in lots of different forms but one thing's for sure, to stay legal in Hawaii you have to buy car insurance with limits of at least 20/40/10. Not sure what that means? Most people aren't. That means that your car insurance policy must pay out at least a maximum of $20,000 per person and $40,000 per accident of bodily injury coverage to pay for other peoples' medical bills who are injured in a car accident that you cause. Hawaii also requires that all drivers carry at least $10,000 of liability property car insurance to pay for damage to other peoples' cars.

Below are the ten most stolen cars in Hawaii. If your car is on this list you're definitely going to want to think about buying comprehensive car insurance.