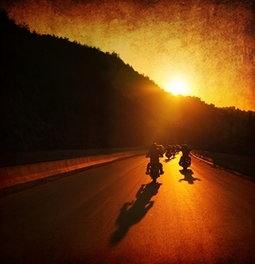 The baby boomer generation is starting to enter its 50s and 60s, and financially, this group of people is able to invest in a second automobile. However, many older Americans are instead opting for a new motorcycle.

Data from Saga, an over-50 insurer, told the Guardian that several people in its age group are investing in motorcycle insurance in their older age, and some are even doing so for the first time. According to the analysis, roughly 3,000 of its 50 or older customers received their motorcycle license just last year.

Different bikes attracting new riders
Whether it's a Harley-Davidson or a Kawasaki, older riders are exposed to a various amount of motorcycles, and currently, they have the money to buy some of the nicer rides. National Motorcycle Dealers Association Head Stephen Latham explained that different markets are attracting various riders, the Guardian reported.

"People who are riding for enjoyment tend to go for a racing bike, something that they can enjoy the thrill of, or they go for the 'cruiser market' such as the Harley-Davidson or Triumph where riding is more about companionship," Latham said, according to the source.

Not just a mid-life crisis
Coping with a Mid-Life Crisis author Dr. Derek Milne said several baby boomers are getting out on the road in their older ages to meet others just like themselves, P&H Motorcycles reported.

"I find it heartening that bikers, often portrayed as somewhat solitary and anti-social, seemed to become more sociable through biking, helping them to deal with their mid-life crises," Milne said, the source stated.

However, some baby boomers don't think it's a mid-life crisis, but a decision to be a motorcyclist. Molly and Mark Korb, a couple from California, explained that their motorcycle rides have brought them closer together, the Sacramento Bee reported.

Molly Korb said she just started riding five years ago when she was 53, which she thinks fits in perfectly with her own bath and kitchen design firm day-job. She said it's certainly her mid-life, but owning a motorcycle is not a crisis, the source reported.

Mark Korb added that many of the riders who join the couple while they ride are actually lawyers, dentists and doctors.

Safety a concern with older riders
Because many motorcyclists are new to the world of riding or were once a part of the culture decades ago, a lot of baby boomers tend to think they have their riding under control.

According to The Wall Street Journal, in the 1960s, the average large-engine motorcycle was around 650 cubic-centimeters, but now Harley-Davidson motorcycles are usually double that size. Paul W. Cote, president of the Massachusetts Motorcyclists' Survivors Fund, said it's not as simple as getting back on your bike and riding completely normal again from what you did 20 years ago.

Properly insured
A lot of riders are getting their motorcycle licenses at older ages, which means safety is a serious concern for this generation. At the same time, those who are riding at an older age for the first time or have picked up the hobby again, need to make sure they are fully insured to protect their family and themselves in case of an accident or wreck. Motorcycles take years to learn, and even the best riders still need to be fully covered.

Motorcycle insurance is a crucial part of riding a bike and since many older riders are investing in more expensive motorcycles, they should protect their rides with the best rate and coverage available

To find the best motorcycle insurance rate around, use CoverHound to save time and money in your search for the best price.