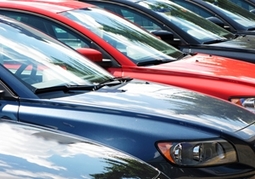 Auto prices are steadily ticking up, with April's numbers bringing up the overall average for the first quarter. According to the National Automobile Dealers Association, the average retail price was $33,189 during the first quarter of 2015, which represents a 3 percent increase year-over-year.

Steven Szakaly, chief economist for NADA, said despite a sluggish start to the new year, the automotive-retailing sector is growing faster than the rest of the U.S. economy.

Factors contributing to the surge
Many factors are driving up the average retail price. Falling gasoline prices and increased consumer confidence are helping spur more consumers to finally make new auto purchases they have been holding off on buying.

In addition to lower fuel prices and pent-up demand, new summer models and redesigned vehicles should play a role in sustaining this average retail transaction. NADA forecasted the light truck segment, including SUVs, CUVs, minivans and pick ups, to outsell cars by 12 percent.

With interest rates still at historically low levels, many potential car buyers should be flocking to lock down deals before the Federal Reserve increases rates, which many believe will happen sometime this summer. Still, the increase is not expected to be too large, which should still entice individuals interested in purchasing a car.

For hose looking to trade in their vehicles, the used car market remains high, according to USA Today. This means new-car shoppers have an advantage when it comes to trading in, since they will be able to fetch more money for their used vehicles.