Auto Sales Up In May 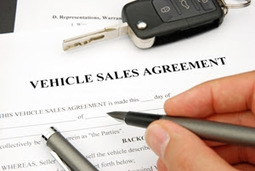 Auto sales beat expectations in May, as they totaled 1.6 million for the month, an 11.3 percent increase from April. This is the highest monthly total since July 2005, according to Reuters.

The seasonally adjusted annual rate (SAAR) for sales in May was 16.8 million units. The increase is largely due to a higher demand for SUVs and pickup trucks.

The SAAR for the past month beat many economists' predictions. Kelley Blue Book projected the annual rate would hit 16 million.

Most of the major automakers recorded increases in May. Chrysler, Nissan and Toyota had double-digit gains from May 2013. General Motors, which has been in the news recently because of massive recalls, reported a 13 percent increase in sales. GM sold 284,694 vehicles in May, the best May sales figures the company has recorded in seven years.

"Although transaction prices remain at record highs, shoppers have been able to offset rising prices with low-interest financing and affordable lease options for even those with less-than-perfect credit," Gutierrez said.

Ford's sales in May totaled 254,084, up 3 percent from the year prior. Chrysler recorded 194,421 automobiles exchanging hands, a 17 percent increase from last year and the best May numbers since 2007.

Gutierrez went on to say that the past three months have produced steady sales and the unwavering activity of the auto industry could signal a trend, but there could be some further improvements.

"It's interesting to look at where the winners and losers are," Gutierrez said. "If there's any weakness, it continues to be the small and mid-size sedan segments."