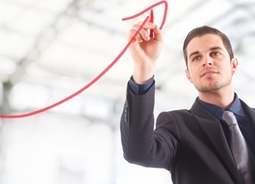 Cheaper gas, warmer weather and a revitalized economy fueled auto sales in the first month of 2015, bucking many analysts' initial projections and setting the automotive industry up for a successful year, according to The New York Times.

Compared to the same period in 2014, auto sales jumped 13.7 percent In January for a total of roughly 1,151,123 units. The larger automakers fared particularly well last month with General Motors, Ford and Toyota taking the top three spots for highest sales. Further, the Ford Focus, a flagship vehicle for Ford Motor, saw an increase of 53.9 percent models sold, reported The Times.

On the other hand, much to the chagrin of Ford and Honda, fewer Fusions and Civics were sold in January.

Industry insiders suggest one of the largest factors affecting demand is the temperature difference across the country compared to last year, The Times reported. Many regions experienced record-low temperatures and frigid conditions for several months, making consumers less likely to pursue their searches for new vehicles, opting to wait until better weather.

More options than ever
Though total sales rose in conjunction with the average sale price of new vehicles, consumers have not been turned away by pricier vehicles. In fact, due to advancements in technology and an uptick in luxury car models, average prices are actually skewed, with drivers having more cheaper options than ever, according to The Times.

USA Today noted consumers have shown their true colors recently and have actually boosted SUV and truck sales while still enjoying compact, efficient cars. Though Americans have long had an obsession with larger vehicles and oversized trucks - which made up the largest gains in January - drivers are keeping long-term interests in mind as well.

Cheaper gas has allowed drivers to save more money at the pump, making new vehicles more affordable to an extent, which may be why Americans are continuing their demand for large automobiles that traditionally are less fuel efficient. For the week ending Feb. 2, 2015, the U.S. Energy Information Administration indicated the average price for a gallon of gas was nearly $2.07 - roughly $1.22 cheaper than during the same period in 2014.

Another segment of drivers have used these fuel savings to invest in hybrids or smaller vehicles, which can contribute to even greater savings. Many of these resource-efficient cars are available to a larger portion of the public than before due to consumers keeping energy concerns in mind when they make their purchases.

Keeping insurance up to date
With millions of new cars on the road, drivers may be impacted by their changing auto insurance rates. With the cars of today containing a number of safety and security features, such as parking assistance and theft prevention, drivers may qualify for insurance discounts from their providers. However, it's important to note that newer cars are usually more expensive to insure, which could be a reason for some drivers to opt for lightly used vehicles with low mileages.

In addition, iSeeCars.com data showed new cars depreciate an average of 17 percent one year after the purchase, according to The Washington Post. As a result, car insurance rates are normally cheaper for owners of these depreciated vehicles.

As always, it's necessary to revisit car insurance policies after every new purchase to make sure the specific details of the plan work out in favor of the driver. Maintaining full coverage at an affordable rate is key to overall driver safety and financial well-being.