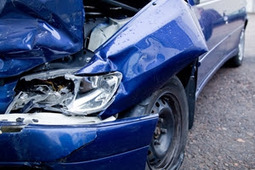 Pennsylvania wants drivers for ride-sharing companies like Uber, Lyft and others to get properly insured without any gaps in coverage before picking up any paying passengers. Ride-share drivers can legally work in every city in Pennsylvania except for Philadelphia, where lawmakers are still arguing over the licensing of the paid drivers. Yellow Z is currently the only ride-sharing company licensed in Allegheny County, which encompasses Pittsburgh, the state's second largest city.

New insurance plans Insurance companies are playing catch-up to consumers' demand for the taxi alternatives and are just recently offering plans to cover drivers who use their own cars as a shuttle service. The ride- sharing businesses dubbed themselves transportation network companies in their battle against traditional taxi services who'd like to see them off the streets

"Recently, some major insurance companies have started offering insurance specifically for drivers for these transportation network companies (TNCs), and the TNCs themselves are required in Pennsylvania to offer some coverage when passengers are in the vehicles," Pennsylvania Insurance Commissioner Teresa Miller said. "Still, there could be serious gaps in coverage which could leave drivers liable for significant costs and other legal issues in the event of a crash."

Stages of coverage
Once it issued licenses for the ride-share companies, the Pennsylvania Utilities Commission explained that a driver would be covered in three different scenarios either by the driver's own car insurance or by the livery service's auto insurance.

In what the commission labeled as "Stage 0," a driver's personal auto insurance would need to cover him or her if they were driving with the ride-sharing app off and without any passenger in the vehicle. For stages 1-3, which involves everything from launching the app in stage 1 to picking up and dropping off a customer in stage 3, the company's auto insurance would need to kick in and provide coverage when the driver is on job.

"The Public Utility Commission requires Uber and Lyft to clearly and adequately inform drivers, in writing, of the levels of coverage provided during Stages 1, 2, and 3," Miller said. "However, the TNC may provide less coverage, lower limits, and/or higher deductibles than the driver's personal auto policy."

Going uninsured
Some ride-share companies such as Uber and Lyft are still trying to close insurance gaps their drivers face, but who to cover and how becomes a confusing back and forth, according to some drivers. Should claims first be reported to the company's primary auto insurance or to the driver's personal insurance? And purchasing commercial insurance can cost up to 10 times more than personal, which is out of the question for many drivers, according to Forbes.

So, many drivers go without hoping their personal insurer will cover them on the job as long as they don't disclose the ride sharing job to their insurance provider.

"I'd guess that 95 percent to 98 percent of drivers are lying or hiding," Kelly Dessaint, an UberX and Lyft driver in San Francisco told Forbes. "It's a whistling-past-the-graveyard attitude."

Get auto insurance quotes fast with CoverHound's easy to use website.