Are You Ready For The Next Earthquake? 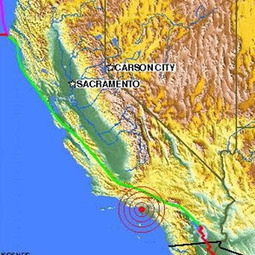 In the past 30 days, earthquakes have occurred in California, Alaska, Washington, Oklahoma, New Mexico, Tennessee, Idaho and around the world according to the U.S. Geological Survey. Some of those states have seen more than one small to medium strength quake recently.

California and Alaska, for instance, have had numerous quakes causing damage, disrupting utility services and more. California in the past week has had multiple earthquakes centered in Napa, and earth movement has been reported near San Jacinto, Cobb, Burney, Salton City, Calexico, Yountville, Inverness, Gilroy and more, according to Volcano Discovery.

While low on the Richter scale, these quakes can cause damage to homes - destruction that may or may not be covered by the owner's home insurance policy. Many home insurance policies specifically exclude earthquakes and coverage must be added separately if homeowners want protection.

Earthquakes can hit almost anywhere, but if you live in an area known for shaking a few times a year, you should consider earthquake insurance. Only about 9 percent of Californians have earthquake insurance as of now, according to NPR affiliate KQED, and the 91 percent without it may not be happy with their decision to forgo a policy right now.

The average cost of earthquake insurance depends on your region's risk and market. The price of a policy for your home will depend on the age, size and specific location of your house, such as whether it's located near a fault line.

If you're a renter, the same rules apply. Most renters insurance policies don't cover quake damage and you'll have to add earthquake coverage to your policy. As a renter, your landlord is responsible for the costs of repairing the building, but an earthquake could still damage your possessions. Without the right coverage, you could have to bear the cost of new furniture and electronics yourself.