Are You Prepared For An Earthquake? 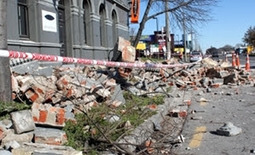 The risk of an earthquake in your area may be increasing. In parts of the United States where earthquakes were once relatively unheard of, the potential natural disaster is becoming more common, The Wall Street Journal reported.

In central U.S. and the East Coast, the rate of earthquakes is rising, particularly in Missouri and Illinois. In these areas, the number of earthquakes increased to an average of 100 each year between 2011 and 2013, according to The Wall Street Journal. For the 30 years leading up to 2000, there were 20 earthquakes on average every year. Many of these events were minor, but the concerning factor is the increased risk for large and dangerous earthquakes.

An imbalance between risk and coverage
Because many standard insurance policies don't cover earthquakes and the risk of these events is increasing, there's a coverage gap expanding in the U.S. According to an Insurance Information Institute survey, only 7 percent of homeowners in the U.S. have earthquake coverage. In the Northeast, where the risk is rising, only 2 percent of homeowners reported having earthquake coverage.

Importance of proper coverage
The costs associated with earthquake damage are also increasing. Many older structures weren't constructed in accordance with current building code standards, which take earthquakes into account. An old building isn't designed to withstand the movement.

Work with your current insurance provider or do some comparison shopping through CoverHound for a policy that will cover damage to your home in the event of an earthquake.