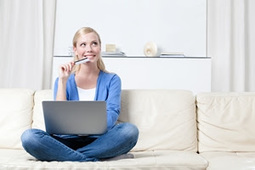 Even though most people like shopping around to find the best deal possible, which can include comparison pricing, online discounts and a bevy of other strategies, many individuals are not doing all they can to take advantage of lower insurance rates. While some insurance companies provide discounts for loyal customers, other policyholders should consider being more aggressive in their search for the best deal possible.

The route to loyalty
Many insurance companies reward loyal customers, whether in the form of a discount or a better coverage for the same price. As with most aspects of insurance pricing, several factors are involved in determining whether a customer qualifies for a company's loyalty program. First, not all providers offer rewards for loyal customers. The ones that do provide it bestow the benefits on long-time customers who have excellent driving records. In addition, maintaining a good relationship with the company also goes a long way to obtaining loyal-customer status. As DMV.org noted, some insurance providers offer up to 10 percent discounts for those who constantly renew their policies early.

"Some insurance providers offer up to 10 percent discounts for early policy renewals."

The drawbacks of loyalty
While loyal customers can see savings in the long term, there are some downsides to staying with the same company too long. According to a recent NPR report, most insurance companies utilize a process called price optimization, which can ultimately lead to an increase in the cost of insurance for many loyal customers.

Insurance companies compile massive amounts of actuarial data on all their customers and use this to determine the potential for certain risks and establish pricing plans. One of the factors insurance companies include in the price optimization process is how a long a particular customer has been with the company. This data crunching also shows how much a price increase might affect a customer and how sensitive a person is to these price changes. In some instances, the data might indicate a customer isn't likely to change providers based on a rate hike, so an insurance company will go ahead and increase the price.

Shopping around
For some customers it actually pays to shop around for the best deal possible. However, according to a recent J.D. Power and Associates Insurance Shopping Survey, while 61 percent of insurance customers shopped around for a different, less expensive policy, 71 percent of these customers did not make the jump to a new provider.

J.D. Power Director of Insurance Practice Valerie Monet noted that when customers do switch, they generally have higher satisfaction levels. However, despite the incentive for potentially receiving a better price for insurance, as the survey showed, customers are not switching insurers.

"Customers are being pushed into the market due to rate increases, but unless they can find a policy that will save them money, they're not switching providers," Monet said. "In fact, many of those customers can't find a better deal and ultimately don't switch insurers."

Not only are some customers having a hard time finding better deals, but many are frustrated with the overall process of shopping for insurance. A recent NerdWallet survey revealed a staggering 88 percent of motorists thought car-insurance shopping was too time consuming and comparison shopping was too difficult.

"Using an online comparison insurance site, drivers can potentially save hundreds of dollars a year."

Policyholders need to be aggressive
With the data working against them, policyholders more likely to stick with one insurer might end up seeing their rates go up year after year. In order to stem this ever-rising tide of increasing prices, consumers should continuously be on the lookout for new deals. The NerdWallet survey discovered motorists overpay about $368 per year on average for car insurance. By actively shopping around using a convenient online comparison insurance site, drivers can potentially lower their rates by hundreds of dollars each year.

This doesn't necessarily mean customers should change companies. Sometimes merely finding a better deal and bringing it back to the agent is enough to get the current company to lower the rates, Today Money reported. This method allows motorists to stay with their current company while also getting the best deal possible on their auto insurance. By showing companies that they are willing to make the switch if need be, motorists can still remain loyal customers, but also receive lower premiums.

Check out CoverHound for a convenient and easy-to-use online method of comparing car insurance policies.