After An Accident, Whose Auto Insurance Company Pays? 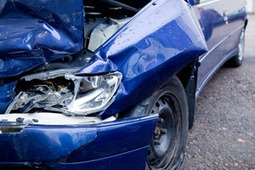 A car accident is stressful even if there's very little damage to you, your passengers or the vehicle. Whether the collision totals the car or only causes a few hundred dollars in damage, it can be a pain to get an auto insurance policy to cover the costs.

Technically, when you're involved in a car accident, you don't have to make a claim to any insurance provider. You have the option to make an arrangement with the other driver personally or you can pay for the repairs out of pocket. However, in most cases, it'll be cheaper for you to take advantage of the auto insurance policy you or the other driver already pay for.

Who pays: Your insurer or theirs?
Whose insurer pays for the costs of an accident can depend on many factors. In some cases, each person's insurance pays for their own repairs. But, if one driver caused the accident, his or her insurance may need to pay for all the costs - or not, if an exception applies. If the driver who caused the crash has property damage liability insurance - which, he or she should because it's required by law - the policy should cover the victim's costs.

Proving fault
Unfortunately, it isn't as simple as giving the other person's insurer a call and asking for the money. The victim of the crash must make a claim, and without proof that the other driver was negligent and at fault for the accident, the insurer may deny the claim and responsibility. One of the reasons a claim may get denied is because the driver could be responsible without being negligent. He or she may have had a medical emergency or been swerving out of the way of an animal, for instance.

If the other driver's policy won't cover your costs, the next step is to work with your own insurance provider. If you have collision coverage, your insurer should pay for the repairs, except for your deductible.

When the accident is someone else's fault but you end up paying a deductible and using your own insurance, you have the option to go after the other driver personally. This usually means filing a lawsuit to get back the expenses you had to pay to fix your car. Whether you'll be successful or not depends on if you can ultimately prove the other driver's fault in court and force his or her insurer to pay. Or if the other driver was uninsured, being reimbursed will depend on whether he or she has the personal funds to pay you back.