A Slow Hurricane Season Still Indicates A Need For Insurance 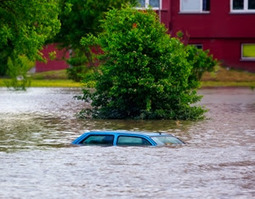 With the summer winding down, many Americans may be keeping their eyes on the news to look for signs of hurricanes. Partway through hurricane season, predictions for coming storms are still below average, according to recent reports. Researchers from Colorado State University have reaffirmed their original forecast for a relatively slow season, indicating that the remainder will likely be calm.

A slow season
The report from the CSU Tropical Meteorology Project team came just before tropical storm Bertha was projected to pass between the East Coast of the U.S. and the island of Bermuda. While the U.S. will avoid a direct hit from the storm, hurricane Bertha may be one of the 10 storms predicted to happen during the 2014 hurricane season by CSU researchers.

There are several factors that are contributing to the below-average forecast this year, including cooler surface temperatures and higher sea level pressures. CSU has also stated there is a strong vertical wind shear through the Atlantic basin that is above normal conditions. Combined, these factors make it less favorable for hurricanes to form that will impact land in the U.S. and the Caribbean.

Where insurance comes in
The hurricane forecast this year is good news for residents of coastlines throughout the U.S. and around the Atlantic basin area. For the remainder of the hurricane season, which runs from June 1 through November 30, according to the National Hurricane Center, CSU predicts that there is a 38 percent chance of a hurricane impacting the entire East Coast of the U.S. By comparison, this is lower than the historical average of 52 percent. Including the Florida peninsula, the likelihood drops to 21 percent, while the average is 31 percent.

Many homeowners in these areas that could be directly impacted by severe weather might think that the quiet forecast is reason enough not to purchase hurricane insurance. However, the risks are still prevalent, even if there's a lower chance of storms appearing in the Atlantic. Between intense rain, strong winds and flooding, just one hurricane can devastate homes and entire communities. Without being prepared with insurance, the impact can be a disaster for homeowners.

How to be prepared
If you own property and have homeowners insurance, you might think you are already covered for an impending hurricane. However, there are limits to a typical homeowners insurance policy, including flooding, which means you probably aren't as protected as you might think. When a hurricane is on the way, it's already too late, which means homeowners need to get a policy before a storm is approaching. In general, there is a 30-day waiting period for insurance policies to take effect, so waiting until the last minute to get coverage is not an option.