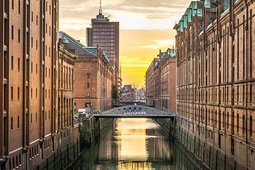 Homeowners carry insurance on their property so they can submit a claim if damages result from a covered risk. It makes sense since a dwelling and its contents often represent the largest investments people will make in their lifetime. It's reassuring to know that if your house burns down or suffers damage by an 'Act of God,', you won't have to start over.

The typical process for acquiring this vital coverage involves comparing quotes online using our convenient homeowners insurance calculator. Once buyers find a policy with enough protection and premiums that fit their budget, they enroll. From that point forward, homeowners can pick up the phone or open a new email message to contact their agent. If a disaster that's covered by their policy does occur, they can file a claim with their provider. Pending approval, their insurance company will pay the cost of repairs or rebuilding, depending on the extent of the damage.

Unfortunately, some policyholders engage in fraud in an attempt to get an undeserved payout. Homeowners insurance fraud typically takes one of two forms:

Fraud in this arena is usually a serious offense—a felony, in fact. If convicted, offenders can face hefty fines, legal expenses, and even prison time. There's also the reputational damage resulting from being caught in such a serious lie. Needless to say, it becomes more difficult to find an insurance carrier following a fraud investigation.

One Miami woman was just arrested for homeowners insurance fraud after allegedly filing another claim after receiving a $60,000 payout. As Insurance Journal reports, the homeowner made a claim in 2005 after her home suffered hurricane-inflicted water damages. However, she did not appear to make many repairs on her home, despite the approved payout. In 2015, the woman enrolled in a new policy with a different provider. She then filed a $43,500 claim for wind and rain damage allegedly occurring in 2015. Her new provider denied the claim but offered to pay for the repairs directly. The homeowner did not accept this solution.

The story continues when the same homeowner apparently filed yet another claim one month later in 2015. However, the amount increased to $178,200 in damages this time. The Florida Department of Financial Services and investigators found that all the claims were nearly identical. They also found that prior damages had never been disclosed to her new provider.

The homeowner was recently arrested and charged with "filing a false and fraudulent insurance claim, application fraud, and grand theft." If convicted, she could face up to 60 years in prison.

State and federal investigators tend to take insurance fraud seriously, as it can affect all policyholders by driving up premiums. Following natural disasters, some opportunistic fraudsters try to take advantage of their policies for unjustified payouts. It's an unfortunate cycle for everyone involved.

It's a much better idea to operate with complete honesty when it comes to obtaining homeowners insurance and filing claims. Use CoverHound's homeowners insurance calculator to find a fitting policy before disaster strikes! It's free and includes quotes from our trusted carriers.