6.5 Million Homes In Danger Of Being Damaged By Storms 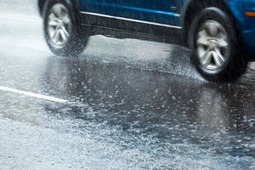 Many homes on the East Coast are in danger of being damaged by incoming storms, according to a new report from property information analytics company CoreLogic. The study showed that more than 6.5 million homes on the Atlantic and Gulf coasts are in the danger zone of storms, and reconstruction costs could add up to $1.5 trillion.

Thomas Jeffery, senior hazard scientist for CoreLogic Spatial Solutions, said that the 2013 hurricane season wasn't too bad and this year's storms shouldn't produce any extreme ones, but he still urges homeowners to be cautious and take the necessary steps to safeguard their homes.

"This year's season is projected to be slightly below normal in hurricane activity, but the early arrival of Hurricane Arthur on July 3 is an important reminder that even a low-category hurricane or strong tropical storm can create powerful riptides, modest flooding and cause significant destruction of property," Jeffery said.

The report showed that more than $986 billion of the potential reconstruction risk would be for 15 major metro areas, with Florida ranking No. 1 for states having the highest number of homes in the potential path of the storms.

CoreLogic looked at the Federal Emergency Management Agency's Special Floor Hazard Areas to determine the level of risk for some areas. Some homeowners outside of the hazard areas do not have flood coverage as part of their homeowners insurance plan, which could mean these properties are not properly prepared to handle a massive storm.

New York region affected by storms
One region that has already started to suffer from the storms is the New York and New Jersey area. Belmar, New Jersey accumulated three inches of rain on July 14 and a flash flood warning remains in effect for New York City, Long Island, Westchester, Rockland and Putnam counties in New York, according to New York CBS affiliate WCBS.

The northern New Jersey and Long Island region has the highest number of at-risk homes for storm surge damage for any local area at 687,412 units. The report showed that reconstruction for these homes could amount to more than $251 billion.

Storms this season are thankfully not projected to cause the same amount of damage as 2012's Hurricane Sandy. That storm caused the water levels to rise to 13 feet, which broke the previous record of 10.1 feet, according to The Star-Ledger.