5 Ways Having Children Can Affect Your Car Insurance Rates 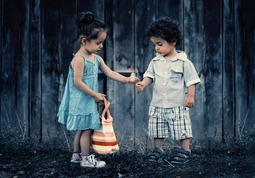 A popular Volkswagen commercial shows two young people trading a Beetle for a Jetta when they have a child. They then trade the Jetta for a Tiguan SUV when they add another child to their brood. A last trade is made when they trade in the Tiguan for an Atlas SUV after having a couple more kiddos. In each instance, they’re moving into vehicles insurers consider safer than the previous models. When young families get larger cars to accommodate growing broods, they inadvertently get safer cars too. This lowers premiums.

A young family man will get a break on car insurance because he’s thought to be more responsible. After all, if he’s actively engaged in the raising of his children, he’s less likely to be prone to risky behaviors. This is true for young couples in general. As mentioned above, having a family usually means more sensible transportation , so the sports cars, muscle cars and grand touring cars generally give way to sedans, minivans and SUVs. Families often focus on safer driving, too. This demonstration of responsibility is rewarded with more affordable car insurance rates.

Soccer, scouts, school activities and the like supplant long lingering romantic trips up the coast. Because these tend to be more local, the number of miles driven falls. In fact, with a newborn, long road trips are pretty much eliminated altogether. In the eyes of an insurer, the car is exposed to less risk, which means the potential for accidents and resulting claims is reduced. Less risk means lower premiums.

People with children tend to own homes more often than people who have no families. In most cases, homeownership can result in car insurance discounts. In particular, bundling car and homeowners insurance will definitely garner discounts.

Teens Can Get Discounts Too

There are a number of ways parents can qualify for discounts with teen drivers in the house. The best way is to have them professionally trained to drive by a recognized driving school, then enroll them in an accredited defensive driving training course. These have been shown to make young drivers safer on the road, so insurers often recognize this with lower premiums. Discounts are also offered for students with good grades and young people who agree to have their driving monitored electronically.

There are ways having children can affect your car insurance rate positively, and they often vary between providers and policies. Explore car insurance comparison quotes with CoverHound to find the right policy for your growing family!