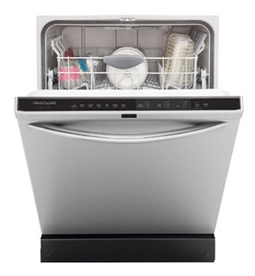 House fires are a serious danger and homeowners are wise to protect themselves from the most common causes. To avoid some of the usual fire starters, make sure to maintain heating equipment, electrical wires and appliances, be careful with candles and decorations, and it's best to avoid smoking indoors. If all else fails, homeowners insurance can help with damage control. No matter what steps are taken, fires are unpredictable and there are some truly bizarre ways they can begin.

1. Jars and other glass objects
Just recently, a house fire in London was sparked by a Nutella jar. According to a story from The Associated Press, the investigator believed the fire was started by sunlight being refracted by the empty jar, which had been left on the window sill. The beam of light then ignited the curtains and started the blaze.

Sunlight through glass has been found to be the cause of fires in a few other cases. House fires have been started by glass wind chimes, translucent door handles and a crystal ball according to the BBC. Glass is still an unlikely source of house fires as the shape of the glass and the angle at which the sun hits has to be very precise to get hot enough to start a blaze. If a person is choosing crystal ornaments for their home decor it might be a good idea to place them somewhere in the shade.

2. Pyrolysis
Pyrolysis is a chemical reaction brought on by heat over a period of time. It causes objects to break down and become combustible. A common piece of wood, for example, might have a very high combustion temperature but given enough time pressed against a heating source and the combustion temperature could lower to the point where the lumber would be able to self-ignite.

This is not as uncommon a cause of fire as others on the list; the problem is that it is often overlooked. As stated, pyrolysis can take time, and people will often ignore the danger because they believe their heating equipment has always worked fine in the past and they don't see any present danger. In order to avoid pyrolysis, homeowners should make sure their heating equipment is properly installed and is kept a safe distance away from furniture, unprotected walls and any other surrounding materials.

3. Dishwashers
One of the most common causes of house fires are appliances. Homeowners are likely familiar with the possible dangers of ovens and dryers, but are they aware of the risk posed by their dishwasher? According to the U.S. Consumer Product Safety Commission, there about 500 fires each year caused by faulty dishwashers.

A dishwasher doesn't seem like a fire hazard but it does generate heat, and it is a mixture of electrical engineering and fluid dynamics. Most dishwasher fires are caused by liquid dripping out of its proper compartment and coating the machine's wires. Just like any appliance, a homeowner should make sure it it is operating correctly. Check consumer reports and do not leave the machine running when leaving the house.

4. Batteries
In 2014, the television show "Inside Edition" did a program about the possible fire dangers of 9-volt batteries. After the special aired, many non-verified claims about the frequency of battery-ignited fires started spreading around the Internet. While there have been cases where improperly storing or disposing of 9-volt batteries have started fires, they are few and far between.

For a 9-volt to start a flame it has to be stored (or thrown out) next to a piece of metal that can connect the positive and negative posts and induce a small spark. If the batteries and metal are next to tissue, steel wool or some other easily flammable material, they could start a fire. All of these necessary factors are what make this cause so rare. A homeowner just needs to take simple, basic steps when storing or disposing of these batteries. Keeping 9-volts in packaging, storing them away from metals and placing a piece of tape across the top are all smart practices.

5. Animals
When an insurance claim states a fire was caused by an act of nature, it is usually referring to a lightning strike, rarely referring to a pigeon dropping a cigarette down a chimney. The Metro newspaper reported one such avian arsonist last year.

To avoid creature-caused fires, a homeowner needs to take the usual preventive measures against home pests. Put out traps so rats and mice don't chew through electrical wires, cover trash cans so as not to attract larger, more destructive animals and keep an eye on pets who can cause trouble in the kitchen. The best advice when it comes to home fires is to be vigilant and prepared in case the worst happens.