5 Tips For Protecting Your Car From Auto Theft 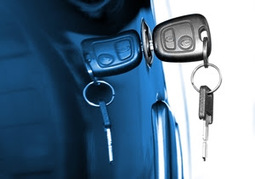 July is National Vehicle Protection Month. According to the FBI's Uniform Crime Report, there were an estimated 699,594 thefts of motor vehicles nationwide in 2013, totaling more than $4.1 billion in losses.

For most people, vehicles are an indispensable piece of property. They use them to get to work, take their kids to school and go on road trips, and sometimes, their vehicles are their main source of income. Even with the best possible auto insurance, being a victim of auto theft would be a tremendous loss to anyone.

In honor of National Vehicle Protection Month, here are five tips for protecting your car from auto theft:

1. Park in well-lit places
One of the number one rules a car thief follows is to not get caught. According to an ABC News interview with former car thief Steve Fuller, car thieves prefer dark, secluded places such as apartment buildings and parking garages.

"All I really have to deal with was somebody coming down from their apartment to get in their vehicle, and at that time in the middle of night it's not usually that often," said Fuller.

Stealing a vehicle that is in a well-lit, exposed area creates far too much of a risk for any car thief. By parking your car in a dark, secluded area, you make it much easier for a thief to remain inconspicuous, and as a result, it increases your chances of being a victim of theft.

2. Take your keys with you
This may seem like obvious advice, but according to a study conducted by the National Insurance Crime Bureau, 126,603 cars were stolen between 2012 and 2014 using keys that were left in vehicles. There are many reasons why you'd leave your keys in your car, such as warming it up during the winter months or running back into the house to grab something you forgot. Some people also leave a spare set of keys hidden in their cars in case of emergencies. It may be a hassle, but it's never worth it to leave your keys in your vehicle.

3. Use an anti-theft device
Car thieves select cars they can steal quickly and with minimal hassle. Steering-wheel locks, hood locks and car alarms are just a few anti-theft devices you can cheaply and easily install that will deter a thief from targeting your car. Even better, according to Fox Business, drivers can potentially lower their auto insurance premiums by installing anti-theft devices into their vehicles.

4. Don't leave valuables in the car
By leaving valuables inside your vehicle, you are making your car a more appealing target to thieves. However, these days, people treat their cars like storage units and second homes. It is not uncommon for an individual to leave technology, books, makeup and clothing in their vehicles in between daily activities such as going to the gym, or even for extended periods of time. It may seem like common sense, but a vehicle with a cellphone inside is more valuable - and more worth the risk of getting caught - than a vehicle that has no valuables inside.

5. Install a vehicle recovery system
According to the National Highway Traffic Safety Administration, nearly 45 percent of vehicles stolen in the U.S. are never recovered. In the event that you are a victim of auto theft, vehicle recovery systems such as All-Grip, LoJack and MogoTrack can be extremely beneficial. Vehicle recovery systems work by using GPS and cellular technology to track your car. Similar to devices that help prevent theft in the first place, car insurance companies offer a discount to drivers who install tracking systems.

A Gallup survey on people's perceptions of crime in the U.S. revealed that more that 40 percent of consumers are worried about their cars being stolen.

Rest easy at night by following these tips to keep your car safe, and visit CoverHound's easy-to-use website to find an auto insurance plan that is right for you.