4 Ways Younger Drivers Can Save Money On Auto Insurance 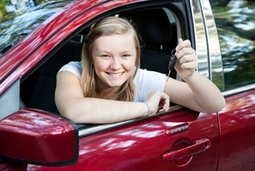 As new drivers start buying their own cars, they'll look for any way to lower the cost of their auto insurance. While some companies offer a discount for drivers once they turn 25, this is not a guarantee. One of the reasons for the higher rates is that younger drivers tend to get into more accidents.

Even though those under the age of 25 comprise just 8 percent of the drivers on the road, these same motorists account for 20 percent of the accidents, an ingenie study on young drivers recently revealed.

According to the National Highway Safety Administration's most recent data, drivers between the ages of 21-24 are involved in 34 percent of fatal crashes where the driver had a blood alcohol content of 0.08 or higher. This percentage reduces as drivers get older.

Similarly, younger drivers, especially young males, are more likely to have been speeding before a fatal crash. Much like the statistics on impaired driving, the percent of drivers involved in speeding collisions decreases as the driver ages.

There are ways for younger drivers to save on auto insurance regardless of the factors outside of their control. Here are four tips on how to lower your rates:

1. Take a driving course
One of the best way for young drivers to keep their rates low is to become a better driver. Taking a safe-driver course sponsored by a certified school and presenting it to your insurance company can sometimes reduce insurance rates for younger drivers.

2. Drive the right car
Buying a smaller vehicle can affect how much you pay in insurance. By sticking to small SUVs and minivans, you're more likely to save money in the long run.

3. Avoid tickets
Following the speed limit and paying attention to road signs becomes much more of a second nature for older drivers, but it still takes some time for this to sink in for younger drivers. Paying attention to posted signs and markers while focusing on the road is the best way for young drivers to remain safe and not get ticketed.

4. Monitor your driving habits
In some instances, by adding a special telematics device to the car, a young driver can provide real-time data to the insurance company, which will track the data and use it to determine if the motorist is driving safely. According to Forbes, of the more than 1.4 million drivers that have tried the telematics program, about two-thirds have received a 10 to 15 percent discount.