4 Tips For Safeguarding Your Home Against Extreme Weather Conditions 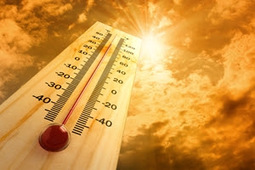 Not only are houses a place to build a home, but these dwellings also provide necessary protection from the elements. We build or buy sturdy structures to keep out rain, snow, hail and all the other sorts of weather conditions that significantly hurt or damage us. However, despite the strength and resiliency of modern homes, extreme weather can still wreak havoc on these houses if you don't implement the proper safeguarding measures.

The American Meteorological Society compiled data from 413 researchers from 58 countries around the world and released its annual State of the Climate report.

"Most of the dozens of essential climate variables monitored each year in this report continued to follow their long-term trends in 2014, with several setting new records," the report stated.

With the rise in extreme weather forecasted, homeowners need to take the necessary precautions to protect their homes from flooding, tornadoes and tropical storms. These predictions of drastic weather phenomenon will increase the number of significant risks that need to be dealt with.

Here are four tips for safeguarding your home against severe weather:

"Extreme weather has caused blackouts in the U.S. to double since 2003."

1. Prepare for a power outage
Extreme weather causes fallen tree limbs and heavy winds, both of which can lead to power outages and road closures. These scenarios can make it difficult or even impossible for utility companies to reach the location of snapped power lines. According to HouseLogic, extreme weather events have caused blackouts in the U.S. to double since 2003, leaving 147 million people without electricity for at least an hour, but usually much longer than that. Consider either installing a standby generator or purchasing a portable generator for your home. Although it's a bit more expensive, a standby generator connects directly to your home's electrical system and will automatically restore power in seconds. Portable generators, on the other hand, run on gasoline or propane and can run a few appliances, charge cell phones or laptops and keep some lights running for a while.

2. Install sturdier shingles
American Family Insurance recommended installing shingles rated UL 2218 or FM 4473 as Class 3 or 4, as these have been approved as impact-resistant roofing products. These materials will provide significantly better protection for the roof against harsh hail damage. In addition, these shingles are heavier and less susceptible to blowing away in heavy winds.

3. Remove rock or gravel landscaping
While many households have turned to rock or gravel landscaping to replace grass in drought-stricken areas like California and Arizona, these materials can turn into windborne missiles that can damage windows and glass doors during a major storm. Consider replacing any rocks or gravel with shredded bark, which is softer and will not cause damage to your home.

4. Fend off wildfires
In many places of the country, particularly in the southern and western portions, the risk of wildfires increases every year. Protect your home against impending wildfires by incorporating fire-wise landscaping. Firewise.org recommended limiting the amount of flammable vegetation surrounding the house and planting high-moisture-content annuals and perennials.