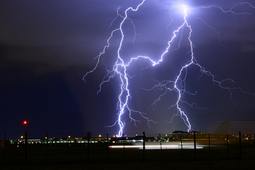 While certain areas of the country are more prone to certain issues (such as massive snowstorms in the northeast, hurricanes and tornadoes in the southeast and earthquakes on the west coast), the best homeowners insurance for your needs should cover these four common types of homeowners insurance claims—wherever you live.

1. Human Incited Property Damage
Vandalism and malicious mischief are among the top reasons for homeowners insurance claims. Halloween can take a pretty significant toll all on its own; as houses are riddled with eggs and trees are decorated with bathroom tissue. Beyond that however, instances such as broken windows and other mangled outdoor appurtenances, along with graffiti and sabotaged locks garner a significant number of claims all year around. Destruction of gardens and landscaping happen frequently enough to land those occurrences on this list as well.

2. Nature Induced Property Damage
Here’s where wind, rain, hail and snow get their 15 minutes of fame. While hurricanes, floods and tornadoes also fall into this category, you may have to get a rider on your policy to cover them—depending upon where your home is located. Freezing weather can cause water pipes to burst if they are in need of proper insulation. Heavy snowfall, high winds, and hail can wreak havoc upon your home as well. When you’re shopping for homeowners insurance you want to make sure the offered coverage includes these hazards.

3. Burglary and Theft
While the two terms are often used interchangeably, they are — in the eyes of the law — two different situations. Now, with that said, burglary can be a precursor to theft, but theft does not have to include burglary. Theft is defined as the act of permanently taking another person’s money or personal property without their consent. Burglary, on the other hand is simply entering a structure such as a home, office, garage, or any other building with the intention of committing a crime—whether the crime actually happens, or not. Further, theft is but one of the categories of qualifying crimes for burglary. Said more simply, if someone steals your child’s bike out of the front yard, they commit theft. If they go into your garage to steal the bike, they also commit burglary.

4. Fire/Lightning
While fire claims are less frequent, they are more costly. Typically, the entire home and all of its contents will be affected—either by smoke and flames, or the water firefighters must use to extinguish the blaze. For this reason, you have to make sure your coverage is adequate to make you whole again should a tragedy of this nature afflict you. Lightning also falls into this category because of its capability ignite your home—however lightning can also overload your electrical system and destroy it.

Many of these issues can be prevented with a simple application of common sense; while others are just a fact of life. Either way, the best homeowners insurance has protections in place for each of the four most common types of homeowners insurance claims. Let CoverHound help you find the best policy available, at a price you can live with.