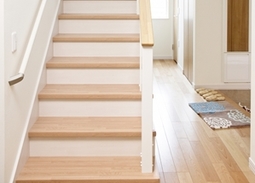 While homeowners think their home is safe from danger, there are incidents that regularly occur each year that could result in homeowners insurance injury claims.

1. Bites from dogs
Dog bites are relatively common with more than 4.7 million people bitten by dogs each year, according to the U.S. Centers for Disease Control and Prevention. Of these incidents, approximately 800,000 of these bites require a trip to a medical professional. Dog bites represent 1 in 3 liability claims for homeowners insurance.

Since dog bites frequently happen on the property of animals' owners, homeowners should be prepared with home insurance that covers these types of injuries. This policy is essential to cover legal costs as well as medical bills that stem from dog bites.

The Insurance Information Institute suggested dog owners prevent their pet from developing aggressive behaviors that could cause bites. Owners can make the effort to socialize their dog with other people and animals. They should avoid the animal from making contact with strangers or unfamiliar dogs unless they are sure how their dogs will react.

2. Falls on stairs
Children and older adults are often prone to accidents involving falls on stairs. A study published in "Pediatrics" revealed about 100,000 children under the age of 5 required medical attention for falls on stairs between 1999 and 2008, The New York Times reported. A study by author Dr. Gary A. Smith, director of the Center for Injury Research and Policy at Ohio-based Nationwide Children's Hospital, noted parents should strive for a safer home environment for children.

"Children under 5 spend most of their time in the home, and even the best parent in the world can't watch their child 100 percent of the time," Smith told the Times. "It just simply isn't possible."

Smith said parents should make sure their staircases are able to have a stair gate at the top or bottom of the stairs.

In addition to children, older adults are at risk for injuries from falls on stairs. The CDC noted 1 in 3 older adults suffer falls annually, including from stairs, with 734,000 people having to be admitted to the hospital. To prevent these types of falls, the National Safety Council recommended homeowners put nonslip adhesive strips on the stairs and put in railings on both sides.

3. Slips that happen on a sidewalk
Homeowners insurance can also cover incidents that happen outside the home but on the owners' property, such as slips on sidewalks. This is likely to occur during winter months when there is snow or ice on the sidewalks that make cause passersby to trip when walking.

In the event a neighbor falls on the property's sidewalk, a homeowners policy will pay for legal costs and medical expenses from injuries if the accident is due to negligence, according to Farmers Insurance.

To prevent sidewalk-related damages and injuries, homeowners can de-ice their pathways during hazardous weather conditions and keep the sidewalks free of any other obstructions that could lead to trips and falls.