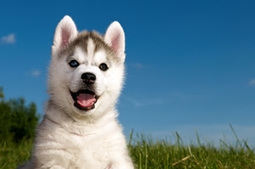 Did you know that the pooch you pick can affect your insurance premiums?

Many U.S. insurance companies have noted 11 dog breeds as aggressive - and thus - serious liability concerns. When applying for or updating your homeowners insurance policy, you might just want to reconsider the type of pet you were planning to adopt. Some insurance companies will go so far as to flat out deny coverage for your lovable family pet.

Dog liabilities
Insurance companies forked over more than $483 million in 2013, in order to settle liability claims for dog bites in the United States. According to Nerd Wallet, 4.5 million people are bitten by dogs every year in the United States, and of them, about 885,000 receive medical treatment. Additionally, the average cost per dog bite claim was over $27,000, due to potentially expensive hospital bills and surgery, in extreme cases.

"4.5 million people are bitten by dogs every year in the United States."

Some policy holders attempt to get around the K9 coverage problem by failing to update the listed members of their family disclosed on their policy upon adopting a dog. When this scenario occurs and a claim is filed against the dog owner, their insurance agency may choose not to cover the claim altogether, according to Forbes.

"If something does happen with your dog in your home and you didn't disclose this information, the insurance company may deny your claim. That could cost you thousands and it's better to be safe than sorry." said Dori Einhorn, owner of the San Diego-based Einhorn Insurance Agency (an agency that provides nationwide dog liability insurance), in a statement to Forbes.

The following is an alphabetized list of the most commonly blacklisted dog breeds, according to Bankrate:

The most important thing to consider when comparing new homeowners or renters insurance policies is that each one will be different. While some companies will discriminate against entire breeds, others gangue the situation on a case-by-case basis. If you're considering getting a new dog, talk to your insurance agent. They may be able to better advise you on a policy that fits the coverage needs of your favorite breeds. If you already own a dog on the blacklist, don't lose hope. Continue to shop and compare coverage, and you may be surprised what reasonable offers and levels of coverage crop up.

"Dog owners should confirm that their homeowners insurance policy covers injuries arising from their dogs and that there are no exclusions that would prohibit coverage for a dog-related incident," said Linley Jones, president of the Georgia Trial Lawyers Association and founder of the Linley Jones Firm, in a statement Nerd Wallet. "Read your policy and talk to your insurance agent if you are unsure."

For fast and convenient home, and renters insurance comparisons, check out CoverHound.