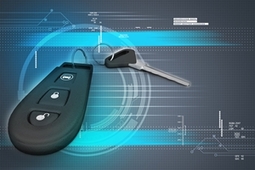 Though connected cars may not be widely popular among the greater public, they are beginning to catch on to a greater degree as auto manufacturers introduce new technology features to win over skeptical drivers.

For current connected car owners, the majority use the advanced features often and are highly satisfied with the results, according to Nielsen data compiled by Business Insider.

The BI report found while only 7 percent of vehicles on the road are connected to the Internet, 64 percent of these drivers use this connectivity routinely. Further, 88 percent are satisfied with the feature.

The numbers are similar across other technologies, including voice-activated controls and vehicle-to-driver communication, for which 87 percent and 91 percent of connected car drivers are satisfied with, respectively. With such a high satisfaction rate, the future of connected cars in the U.S. may hinge upon a greater number of drivers getting the initial experience, which may fuel connected car sales.

Shaping a new market
Connected cars are still limited primarily to newer models, but the benefits of such technology are becoming more wide-ranging, according to TechCrunch.

With the ability to interact directly with other vehicles and drivers, connected cars offer a new way of transportation that creates an environment that values safety and convenience. Features such as mobile hotspots, telematics and personal assistance make it easier for drivers to stay in tune with their vehicles while impacting just how efficient and useful such features can be.

TechCrunch noted there are roughly 23 million connected cars on the road, but that number is expected to expand exponentially in the coming years across the globe.

As automakers partner with tech companies to combine the best services that each has to offer, drivers ultimately win out in the form of safer and better maintained cars that are less likely to break down. And consumers are able to use these improvements to their advantage by securing cheaper auto insurance rates and saving on repair costs, according to Wired.com.

Making a big impact
With current owners happy with safety and security features and manufacturers looking to push technology even farther in the future, more drivers are likely to become connected to the Internet of Things. In turn, insurance companies will have to adjust to this new market by taking into account the use of telematics-based insurance and the number of discounts available to consumers.

Drivers interested in saving money on car insurance should speak with their provider to see how connected car technology can lead to discounts.

CoverHound provides real-time insurance quotes to drivers around the country.