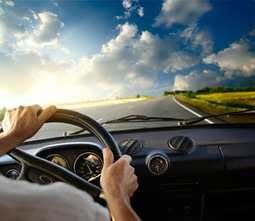 Before, the Cooper 3-door MT was labeled as having a combined city and highway mpg of 34, but the EPA found it was 33 mpg because of a decrease in the city fuel economy. In fact, all of the vehicle's combined fuel economy fell by one mile after the EPA testing. The Cooper 3-door Semi Auto went from 33 to 32 mpg. The Cooper S 3-door MT was decreased from 29 to 28 mpg and the Cooper S 3-door Semi-Auto fell from 31 to 30 mpg.

The changes aren't big but they call into question the accuracy of the fuel economy claims made by auto manufacturers. Consumers pay attention to mpg when purchasing a car because they know the price tag on the vehicle isn't their only expense - they have to pay for gas, auto insurance and maintenance over the life of the car.

"Fuel economy values matter to consumers and automakers," Christopher Grundler, director of EPA's Office of Transportation and Air Quality, said in a statement. "To provide consumers with the most accurate, reliable and repeatable fuel economy values, we are continuing to strengthen our oversight to ensure fair competition among automakers."

BMW responded to the change by saying it still feels the Mini Cooper is a vehicle with "outstanding fuel efficiency," Auto News reported.

While this sort of change may seem like a slap on the wrist to BMW, it isn't an uncommon occurrence. Earlier in October, the EPA required Mercedes-Benz to correct fuel economy labels on two C300 4-Matic vehicles, according to an EPA press release. The FFV model's combined value of 22 mpg didn't change, but the PZEV model's fell from 23 to 22 mpg.