Your iPhone was stolen from your car -- Is it Insured? 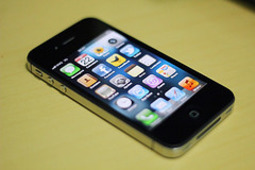 Most of us who have iPhones also have sob stories about them. The night a few cans of courage caused you to drop and shatter it on Bourbon Street. The Christmas morning your nephew mistook it for a bath toy. The last-minute goal that brought you out of your seat, while your phone slid 20 beer-drenched rows from your lap.

In cases of a broken iPhone, the nice folks at Genius Bars across the country will often replace your phone free of charge, once. That’s right: as long as you ask nicely and your phone hasn’t suffered water damage, it’s currently the unwritten policy at Apple Stores to replace your broken iPhone, albeit just once.

But what attracts us to iPhones -- the fact that they’re pretty awesome -- also catches the wandering eyes of thieves. So what happens if your iPhone is stolen out of your car? Is it covered by your car insurance? Unfortunately, the answer is almost always no. The only time a car insurance company will cover your iPhone is if it’s permanently attached to the car -- and last time we checked there don’t seem to be many car phones any more.

Just because your car insurance policy doesn’t protect your iPhone, that doesn’t mean that you don’t have any insurance options.

If you have a homeowner's insurance or a renters insurance policy, your iPhone is already covered as “personal property.” The rub is that most of these policies have at least a $500 deductible, which is of course more than the cost of the phone.

You can also insure your iPhone directly with something aptly called called “iPhone insurance.” But a quick search of the term shows that most of the providers (and the sites that promote them) looks a little... dubious.

In the final analysis, you’re pretty much out of luck of your iPhone gets stolen out of -- or with -- your car. We suggest you take extra precautions to lock your doors, even when just getting out for a cup of coffee.