Will Lyft's Auto Insurance Be Enough? 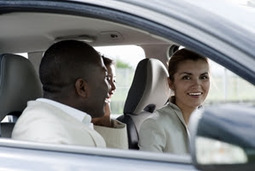 On Halloween, a 24-year-old was killed near Sacramento, California, after his ride - taken with a Lyft car - swerved to avoid a collision on the highway, the San Francisco Chronicle reported. The driver of the Lyft swerved because of a stalled car up ahead, but ended up losing control of the vehicle and colliding with trees. Both the driver and another person were injured in addition to the fatality.

According to the Chronicle, this is Lyft's first fatal accident during its two and a half-year life, and it may answer lingering questions regarding auto insurance and car-sharing programs.

What is Lyft?
Lyft is a car-sharing program - similar to Uber and Sidecar - that's gained popularity in many U.S. cities. People who need a ride can download an app on their phone to find a driver nearby. Drivers use their personal vehicles, and all participating cars or trucks wear a large pink mustache.

What happens now
Because there were multiple vehicles involved in the incident, it's possible an investigation as to who was at fault could take weeks or months. However, the main concern is whether the car-sharing company's auto insurance is adequate to cover the consequences of the crash - whatever those may be, according to the Chronicle.

The amount of insurance carried by car services such as Lyft, Uber and Sidecar have all come into question at some point in time because the driver - or other person at fault for an accident - may not have their own auto insurance. Additionally, even if a driver does have personal auto insurance coverage, it may exclude accidents which involve the driver being paid for their services, Bankrate reported.

Many speculate the liability insurance, which should kick in for Lyft after a driver's own insurance is used, may not be enough to cover the damages that arise from an incident, such as the one that occurred on Halloween.

In this case, initial reports are that Lyft's $1 million auto insurance policies should cover the accident no matter who the authorities find at fault.

"If the Lyft driver was at fault, then the $1 million liability policy should cover the accident," said Kara Cross, general counsel of the Personal Insurance Federation of California, according to the Chronicle. "If someone else was at fault and they were not insured or their limits were not adequate to cover the accident, then Lyft's $1 million uninsured/underinsured motorist coverage should apply."

However, Cross warned she had not seen Lyft's actual insurance policy.

Theory becomes reality
Whatever the outcome of this accident, the crash illustrates an issue with car-sharing programs throughout the U.S.

Passengers are gaining cost-efficient rides to where they need to go, but risk getting into a car with someone without adequate auto insurance. Not enough coverage could mean passengers hurt in an accident aren't fully compensated for their injuries, recovery and time away from work, or the families of those killed in an incident aren't compensated. In theory, the company running the car-sharing program should have adequate insurance, and it looks like now everyone will find out if that's true.