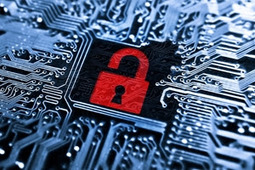 Increased technology in the auto industry has led to many improvements in today's cars, ranging from safety to convenience to entertainment. These advanced technologies have attracted many buyers to these high-tech cars. However, the talk most recently has been about just how secure these new technologies are.

Wired magazine reporter Andy Greenberg's recent (planned) experience with hackers taking over his Jeep as he was cruising down a St. Louis highway has created a highly discussed problem with new car technologies. Almost six months before Greenberg's car-hacking experience, 60 Minutes addressed the issue, though in a lower stakes setting - a parking lot. The security systems of connected cars everywhere has been called into question. However, it's important to keep in mind that the average driver shouldn't fret too much just yet.

Automakers are learning from the hackers
Although it sounds terrifying that people have found a way into the computer of a car in use, it's important to remember that the "hackers" behind this are motivated by the betterment of the auto industry. To date, there haven't been any malicious hacks like this. Charlie Miller, Twitter security researcher, and Chris Valasek, digital security firm's IOActive's director, took control of the Jeep in St. Louis and have been sharing their findings with Chrysler. This allowed the car company to create a data patch that was released before Miller and Valasek spoke publicly about their stunt. The 60 Minutes hacking was carried out by Dan Kaufman, who leads the Information Innovation Office of the U.S. Military's Defense Advanced Research Projects Agency. According to Kaufman, DARPA is working to create invulnerable software.

Policymakers are on top of it
Massachusetts Sen. Edward Markey is not taking car-hacking lightly. Last year, he asked 16 auto manufacturers about potential weaknesses that could make it easier for hackers to collect driver information or take over the controls of a car. He put his findings in a report called Tracking & Hacking: Security & Privacy Gaps Put American Drivers at Risk, which he revealed on the same 60 Minutes episode Kaufman demonstrated his ability to hack a car. Months later, just after Miller and Valasek's demonstration, Markey and Senator Richard Blumenthal of Connecticut introduced a bill that would ask the National Highway Safety and Transportation Administration and the Federal Trade Commission to collaborate on a set of requirements for automakers to make new cars more secure, allow buyers to opt out of data collection and inform buyers of how secure the car is. Blumenthal explained the importance of the bill to host Melissa Block on NPR's All Things Considered.

"Nothing could be more dangerous than, in effect, losing control of a car," Blumenthal told Block. "And also, private information about where one shops or visits or drops off children or goes to the movies - that kind of basic information all also ought to be protected."

"Hackers don't really have a reason to hack into anyone's car."

Hackers don't have much to gain, anyway
Forbes contributor Doug Newcomb pointed out that hackers don't really have a reason to hack into anyone's car just yet. It won't give them any monetary gain, which is the primary incentive for many hackers. They aren't actually able to drive away with anyone's car - just unlock the door. Also, many cars won't start unless the key fob is nearby.

Car-hacking is hard
As pointed out by Robert Sorokanich of Road and Track Magazine, Miller and Valasek are two top-level computer experts who have built successful careers around digital security. It took them months to hack into that Jeep.

So, what can we make of all this? For starters, it's safe to assume that you and your car are safe from hackers. It doesn't appear that major threats are at hand for car drivers today. Plus, policymakers and car manufacturers are doing their best to stay ahead of any potential future dangers connected cars might pose. At this time, getting car insurance is the best thing you can do to protect your car. Check out rates on CoverHound's website today.