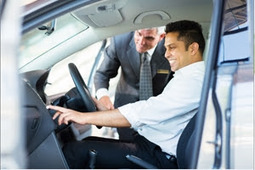 A new poll from Green Car Reports has narrowed down the best energy-efficient cars to five qualifiers. The poll ranked new car models to be released in 2015, with most of the vehicles getting well over 30 miles to the gallon. Additionally, with gas prices at yearly lows, the potential cost savings for drivers continue to expand.

Green Car Reports has also opened up the poll to consumer responses to compile a more accurate list.

With a greater focus on energy efficiency, the U.S. has continued to move forward with new automotive standards that will reduce the level of carbon dioxide emissions in the atmosphere. In 1978, the standard for cars was 18 mpg, according to the U.S Department of Energy. In 2016, that number is projected to rise to 35.5. By 2025, the fuel economy standard will be nearly 55 mpg.

Improved mileage in cars can remove a large portion of pollutants from the air while also making it less expensive to travel. Drivers will have to fill up their tanks less often and be able to do so more cheaply. With increased energy production in the U.S., oil prices are expected to fall even further in the coming months. Demand for oil has dropped in the last few weeks, pushing the price of oil per barrel below $80, according to Bloomberg News.

By purchasing newer cars with updated fuel standards, drivers can save in the long run. With the added savings from cheaper commutes, drivers should invest in a stronger auto insurance policy.

CoverHound provides up-to-date insurance quotes to millions of consumers in the U.S.