What Is Pay As You Go Auto Insurance? And Is It A Good Idea? 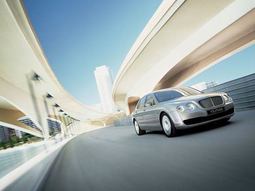 Pay-as-go-you insurance (also sometimes referred to as usage-based insurance, pay as you drive and/or mile-based insurance) can generally be defined as coverage with costs based on how much you drive. In its most basic form, your car insurance premiums are based on the number of miles you drive every month. So providers in this space can also factor in how, where and when you drive.

This type of car insurance has long been applauded by environmentalist groups believing that the combination of context, awareness and financial incentive work to convince people to drive less.

Another attraction to pay-as-you-go car insurance is that the market can be better segmented, thereby enabling those who drive less and less dangerously save on car insurance. Companies could market to these drivers and attract them with lower rates. These types of drivers often include students who don’t drive as much as commuters and are often unable to pay high rates.

Generally speaking, the market for mile-based insurance is separate from the traditional car insurance industry. In other words, most of the providers that you probably know from television advertising -- Geico, Farmers, Allstate, Progressive -- don’t offer this form of coverage, or if they do they don’t market it much at all. MileMeter is probably the best-known provider of usage-based car insurance.

One of the major drawbacks of this type of insurance is the logistical difficulty of enforcement. How are carriers to know how far you drove this month? They could put a GPS device in your car, but many people find that an invasion of privacy. It’s also a major actuarial challenge for providers; they take on a lot of risk basing your premiums on current behavior instead of past profile. Even if privacy was not a concern, a usage-based system is limited in the data at its disposal. It's likely to look at all mileage as the same (instead of distinguishing between city and highway driving) and use speeding as the main metric for bad driving, instead of swerving, road rage and other risky behaviors that can't be detected by such a simple system.

Pay-as-you-go insurance may be a smart move for those who don’t drive very often and are willing to be in close contact with their car insurance provider. It will prove cheaper, though more time-consuming.