What Happens If I Don’t Have Auto Insurance Liability Coverage? 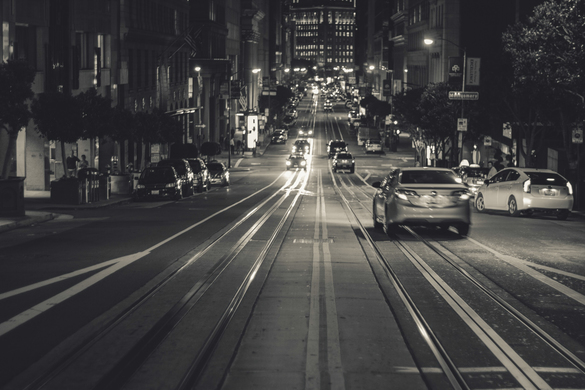 Playing the “what-if” game is a common pastime not just among the worried masses, but amid conscientious individuals too. People who take the time to measure the pros and cons of how their actions affect not just them, but other people, understand that in life there are no guarantees; whatever is meant to happen will happen. Preparing for the unexpected requires diligence, discipline and mindfulness. If you aren’t financially equipped to handle the repercussions of an accident, auto insurance liability coverage will help you to get through the chaos and back on the road.

Be Prepared for Not So Sensational News

Every state in the US (except for New Hampshire) requires that drivers carry auto insurance liability coverage. There are many reasons for this, the most important being your safety. Imagine this: a young man’s (let’s call him Charlie) car has broken down on the side of the freeway. Charlie wonders what in the world made him decide to go out for dinner on a Tuesday night (Oh, right—Taco Tuesday!) and how long it will take before the tow truck picks him up. Charlie’s stomach is rumbling, and all he can think about is how many tacos he could have bought with the money he will be spending on the tow. All of a sudden, he catches in his rearview mirror a set of headlights racing towards him—and WHAM! Charlie is hit so hard from behind that his car has moved 10 feet from its original spot. The guy that hit him gets out of his car as Charlie too, manages to get out of his own, and while the other gentleman is apologizing profusely (his name is Jack and the reason he hit Charlie had something to do with his toddler throwing her sippy-cup and beaming him in the head) he tells Charlie that he does not have any form of auto insurance liability coverage.

Without any liability coverage provided by Jack, Charlie is now financially responsible for the repairs on his car, a car that’s now most likely totaled as it has taken the shape of a crushed tin can, in addition to being on the hook for financing the medical appointments he will surely have to make as he begins to notice a tingly feeling shooting down his arms to his fingertips with pain emanating from the base of his neck. Tacos will forever be tainted by this experience. Charlie, to help cover his impending expenses, is going to sue Jack for damages.

Could This All Have Been Avoided?

The answer is a resounding YES. According to the National Highway Traffic Safety Administration (NHTSA), the average cost of an auto collision in 2010 totaled $242 billion. This is the equivalent of $784 for every living person in the United States. Now consider that not everyone gets involved in a crash. How much are you actually left with in the result of a collision you’re responsible for? With auto insurance liability coverage, the driver you hit is covered by your insurance policy. What does this include? Vehicle repair, hospital visits, any loss of income, and in the most extreme cases, funerary costs. Next time you wonder why you should get auto insurance liability coverage, consider Jack’s plight.

At CoverHound we help you find the insurance policy that’s best for you. Compare quotes from dozens of leading, respected insurers today!