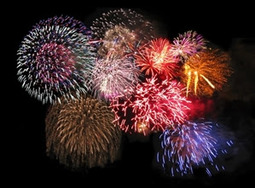 When you think of the Fourth of July, fireworks and backyard barbecues probably pop into your mind, not traffic accidents. However, the holiday is one of the worst times to be on the road, according to the National Security Council. With most Americans out celebrating Independence Day, drivers may feel more reckless, be under the influence or be unable to avoid getting in a serious accident as a result of more drivers on the road. To stay safe this year and avoid an accident or ticket that could affect your auto insurance, here are a few tips:

Avoid driving while intoxicated
Drunk driving is one of the leading causes of road accidents in the U.S. According to Mothers Against Drunk Driving, more than 300,000 people were injured in 2013 as a result of drunk driving. In a large portion of accidents around the Fourth of July weekend, alcohol was a factor. To avoid putting yourself and others at risk, don't drive after you've had a few drinks. If you plan on celebrating with alcohol, be sure to have a designated sober driver who will take you home, or find another method of transportation such as a taxi or public transit.

Drive defensively
Even if you avoid driving under the influence, you need to be cautious that other drivers may not have done the same. If you're driving to or from Fourth of July festivities, practice defensive driving techniques to give yourself ample time to react to hazardous drivers. For example, if you spot another vehicle swerving or switching lanes in an unsafe manner, make sure you keep lots of distance between your vehicles. Have another passenger in your car call the local non-emergency police number to report the erratic driving or wait until you are no longer driving to call. You can help police track down dangerous and drunk drivers by reporting their license plate numbers or, if you can't remember them, the make and model of the car you see driving unsafely.

Buckle up
It may seem like the most basic rule when you get into a car, but wearing a seat buckle can save your life in a car crash in many cases. Every time, without exception, you should buckle up when you are in a moving vehicle.

Allow for additional travel time
As the Fourth of July is one of the major national holidays, millions of families and individuals decide to spend their weekend visiting friends and family members or on vacation. This means there will likely be more traffic on the road than usual, increasing travel times. If you're planning on getting out of town for the weekend, you should account for the extra time it may take you to get somewhere. You don't want to find yourself behind schedule and feeling like you need to speed. If you plan ahead, you likely won't have the same pressure to disobey speed limits. It can also be a good idea to keep your plans somewhat flexible, just in case your original arrangement doesn't work out.