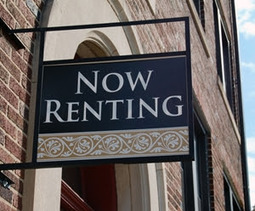 Amid an improving economy, the rental market has remained a tough place for many Americans. Specifically, the number of affordable homes in major cities appears to be declining as rents continue to rise. Faced with steep price spikes at the end of a lease year, some renters have started looking to move to more affordable towns. However, others have gotten similar ideas and with low inventory, competition is steep. So what can you do in the face of rising rents?

The facts
In general, renters do not want their rent and utilities to exceed 30 percent of their household income. In an analysis by the New York Times performed by Zillow, most renters would have a hard time making that mark in some of the biggest metropolitan areas. The study found that in more than 90 cities the median rent exceeded that 30 percent mark. A separate study from Harvard University revealed that half of all renters are now spending more than 30 percent of their income on rent, up from 38 percent in 2000.

The housing bubble may have deterred some potential homebuyers from jumping into the buying market. Over the past few years, there has been a transition away from the typical homeownership dream usually seen among young Americans. However, with rising rents, it may still be cheaper to purchase a home than rent one in the current housing climate.

How to budget the cost
When a landlord increases the rent price year to year, there is typically nothing that a renter can do except to either pay more or move to a cheaper rental. In cities where vacancy rates are low, many renters are absorbing the additional costs into their budgets. While this is not easy for many Americans, it generally means cutting back spending in other areas. Even as rents rise, it is still important to invest in renters insurance to protect your belongings. The price of a renters insurance policy will undoubtedly be less than the price of replacing all your possessions if they are stolen or damaged.

To better handle the cost as a renter, you can start by figuring out a household budget. You will need to list your expenses and prioritize them in order of necessity. For example, you should pay your utility or cellphone bill over spending money on eating out. You could also look for other areas to reduce your expenses, such as cutting back your driving and fuel consumption. Once you account for your necessary expenses, you can give yourself additional spending money. While making a budget is a great financial tool to help you figure out a spending plan for your income, it may take a while to learn how to stick to it.

Most renters can find coverage for as little as $30 a month. To compare renters insurance quotes, visit CoverHound today.