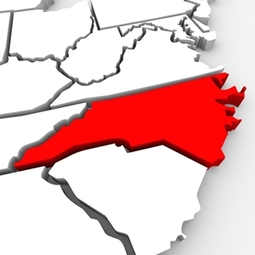 Homeowners in North Carolina have been waiting since October to learn if their home insurance rates would increase starting in 2015 and they have finally received an answer. The state's Insurance Commissioner Wayne Goodwin stated no, homeowners would not face drastic rate hikes in the new year.

A few months ago, The North Carolina Rate Bureau announced insurers would increase homeowners insurance rates up to 35 percent, according to The Associated Press. The average rate hike was 25 percent, but the proposed premiums varied depending on the location. Many of the state's beach communities faced the worst adjustment.

The purpose behind the increase, according to the NCRB, was to cover rising costs and better balance the risk insurers faced in the North Carolina market, the AP reported.

The proposed rates also followed many insurers raising rates in 2013 and this year. Many owners saw an an average increase of 7 percent for their insurance bills last year.

Commissioner denies request
A hearing on the matter began in October, and Goodwin was set to listen to arguments from the state as well as from the insurance companies proposing the rate increases. According to a press release from the North Carolina Department of Insurance, Goodwin presided over the hearing for 12 days, before deliberating on the subject and reviewing public comments.

After reviewing the facts, Goodwin found the proposed rate increases were unreasonable. He found no factors or specific events "justified the excessive rates requested by the insurance companies," according to the release.

The commissioner ordered an average net zero percent change in homeowners insurance rates effective June 1, 2015. This means some owners' rates will still increase, but others will be lowered. On average, home insurance rates are to decrease 0.3 percent, according to the release. Renters insurance and condo owner's insurance however, are both expected to increase 11.2 percent and 8.1 percent respectively.

NCRB surprised by outcome
While homeowners in the state are relieved, many insurers are unhappy about the unexpected outcome, the AP reported.

"The commissioner looked more at the historical record than the prospective," said NCRB General Manager Ray Evans, according to the AP. "It is a surprise. We put on what we thought was a good case with lots of supporting detail both from our experts, the data and statistics, showing an increase overall is in order."

The rate bureau has the chance to file an appeal of Goodwin's decision in the coming weeks.