Millennials Aren't Driving As Much 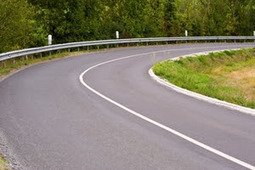 A new study from U.S. Public Interest Research Group indicated those born between 1983 and 2000 are owning cars at a lower rate than previous generations. In 2009, millennials drove 23 percent fewer miles than drivers in a similar age range did in 2001. Further, the total number of miles driven across all cohorts has tapered off after decades of steady growth, possibly signaling a prominent shift in the transportation industry.

"Americans drive fewer miles today than we did eight years ago, and fewer per person than we did at the end of Bill Clinton's first term," read the report. "The unique combination of conditions that fueled the Driving Boom - from cheap gas to the rapid expansion of the workforce during the Baby Boom generation - no longer exists. Meanwhile, a new generation - the Millennials - is demanding a new American Dream less dependent on driving."

Though there is no one specific reason to point to as the catalyst for the change, there are a host of dynamics involved that may have permanently altered the automotive landscape. For a generation that grew up under the shadow of an economic recession, many millennials approach the value of owning a car much differently than others. Whereas, home and car ownership were once prime indicators of success, younger people having trouble finding jobs have placed a higher emphasis on staying out of debt. This has led many to prefer renting apartments and taking public transit, according to the Chicago Tribune.

Also, there are more options available to people today than there were even a decade ago. The rise of ride-sharing programs has given millennials the chance to utilize cheaper services like Uber, Lyft and ZipCar. Sharing vehicles allows consumers to avoid expensive insurance and car payments, while many already have to worry about high student loan debt.

Potential benefits
With the decline in driving, there is naturally less traffic congestion on the roads. Americans spent fewer hours on the road in 2011 compared to 2005 - 421 million less, according to Texas Transportation Institute date from U.S. PIRG.

With less driving, roads and highways need less maintenance to repair failing infrastructure. This also means that cars still on the road can reach their destinations more quickly, reducing confusion, anger and potential accidents for drivers.

Total U.S. consumption of oil has fallen, with 50 percent less use of gasoline expected by 2040, according to the U.S. PIRG report. Less demand means prices have dropped as well, providing a relief to drivers who have faced record oil prices in the past decade.

The potential effect on the car insurance industry is very real in terms of monthly premiums. If there are fewer cars on the road, then accidents should decline as well. Additionally, millennials who completely refrain from driving cars have no need to purchase auto insurance, which removes a large portion of the insurance industry's customer base.