Homes Becoming Less Affordable, But Here's How To Get The Best Deal 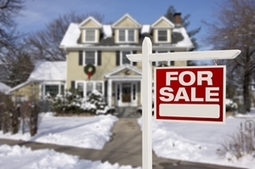 A new report found home prices since 2012 have risen 17 percent while employee wages have increased just 1.7 percent during the same time frame, posing a significant financial problem particularly for new homebuyers looking to enter the housing market for the first time.

The RealtyTrac report also noted 76 percent of local housing markets across the country experienced similar disparities in home values and wage growth. On average, home prices are growing 13 times faster than wages, which limits the number of people who can actually afford homes.

While the numbers are not comforting, especially for first-time homebuyers, there are a number of ways to get the most of a home purchase. The answer may not simply rely on income, but rather the ability of workers and families to identify how to secure a cheaper mortgage and where to save money during the process.

Here are some variables to take into consideration:

Take advantage of low interest rates
According to Bankrate, average mortgage rates on a 30-year home loan are roughly 3.8 percent. This is nearly a third of what interest rates were in the 1990s and a one-fifth of rates in the 1980s, Freddie Mac reported.

The takeaway is that interest rates are currently at historic lows, which provides real savings potential for homeowners. Because monthly mortgage payments are typically the largest financial obligation that people have, securing a low rate on these payments is key.

Though it may seem homeownership is out of reach for some people, a reevaluation could reveal there may not be a better time to think of long-term financial interest than right now, even despite rising home prices. That's because typical mortgages take decades to pay off, and locking in a fixed-rate mortgage today guarantees homeowners will pay the same low rate 30 years from now. This is a real cost-savings measure that factors in both short- and long-term financial prospects and provides the type of avenue for homeowners to capitalize on while they can.

Search outside of big cities
It's no secret that large metro areas are quite pricier than other more rural areas. However, homeowners shouldn't be entirely deterred from living in a location where they desire to lay roots. The way around paying an astronomical amount for a home near a primetime city could be to broaden real estate searches to include neighboring towns and regions.

For the most part, working in a large city typically provides a higher income while living outside of this immediate proximity allows for less expensive housing. Because housing markets fluctuate so much, putting a large portion of one's money into such a pricey residence could backfire if housing markets become volatile.

Additionally, homeowners insurance is considerably cheaper in regions that are less densely populated. This is due to the fact that big cities tend to have more people and higher levels of crime. It is inherently more safe and less risky for people to live elsewhere, and insurance companies realize this disparity and reward homeowners with cheaper home insurance.

Bundle insurance policies
Mortgage costs are hardly the only expense to factor into the homeownership equation, as insurance is not only recommended, but many times required. In the case of homes, owners will want to to insure their residences to protect against hefty maintenance bills and any costs associated with crime or theft. Further, without home insurance, homeowners could end up falling behind on mortgage payments because of additional financial burdens, which defeats the entire purpose of achieving the goal of homeownership.

It's also likely that auto insurance and various other types of property insurance will also be part of the financial plan of homeowners once they settle into their new home. By signing up these additional policies with the same insurer, homeowners can save money through a process known as bundling.

Insurance companies reward policyholders who are loyal and bring them more business. With multiple policy types included in one package, insurance providers are essentially guaranteeing themselves steady customers while homeowners are able to pay less compared to having separate policies from different companies.

Forfeit unnecessary expenditures
While it may seem like a general personal finance rule, cutting the fat from monthly budgets is a tried and true way to save more money and finance the assets that mean the most. For example, homes are usually the largest investment workers will ever make in their lives, and each monthly mortgage payment provides additional equity in the home. But without the proper budgeting tools in place, mortgage payments can be difficult to make and finally paying a home loan can seem like a distant dream.

Excess expenses related to habitual behaviors like buying high-priced coffee every day or routinely splurging on items that aren't needed can drill a hole in budgets. Extrapolated over an entire month or year, these habits can cost thousands, and negate how much money can go toward homeownership costs.

To ensure insurance costs aren't getting in the way of saving for a new home, ask about applicable discounts.