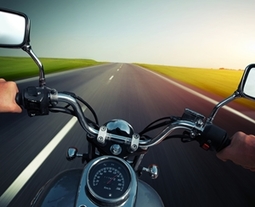 In an effort to expand their brand and attract new riders, beginning on February 24, Harley Davidson is taking their electric motorcycle on a world tour. Dubbed Project LiveWire, this is the Milwaukee-based company's first battery-powered bike and they hope that a tour will garner attention and spur international sales.

After recently completing a brief tour of the U.S., the bike manufacturer turned its sight toward enticing a foreign audience. Wired reports that even though the emblematic motorcycle maker already has a strong grip on its key demographic - middle class, suburban bike enthusiasts - the company wants to entice fresh, new riders, which they hope to find abroad. With their sales growing twice as fast in the Middle East, Africa, Asia Pacific and Latin America, Harley believes a world tour is the best way to do so.

Motorcyclistonline.com reports the 2015 worldwide tour will take the electric prototype to eight different countries on three different continents, including Malaysia, the UK, France, Germany, Italy, the Netherlands and Canada before it circles back to the U.S.

For the moment, Project LiveWire is merely a production model, so some of its specs may be subject to change, but Wired magazine believes that either this, or something quite similar, will soon hit the commercial market.

"Consumer and media response has been overwhelmingly positive," said Ken Ostermann, Harley's GM of global marketing operations, in an interview with Wired.

One of hard parts thus far has been ensuring the electric version maintains the same unique look, sound and feel of a regular gas-powered Harley that people have come to associate with riding a hog. Biker aesthetics aside, the Milwaukee Business Journal noted the most difficult part of the designing process has been trying to figure out how to prolong the electric battery's charging capabilities to allow it to travel beyond its current 50-mile range.

Whether cruising along on a gas-powered chopper or an electric hog, riders still need to ensure that they have the proper policy in place. CoverHound provides quick and reliable online information for a variety motorcycle insurance rates.