Google's Self-driving Car Not As Safe As You Think 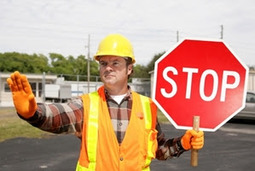 Since the advent of Google's self-driving car earlier this year, the auto industry has been waiting for updates to see when the car will be street-legal. Based on new information, that day won't be any time soon.

The driverless car is pretty impressive on paper, using GPS technology and state-of-the-art sensors, but in reality, it runs into several issues. Google's car can't deal with the same types of obstacles that real drivers face every day, according to a new Massachusetts Institute of Technology report.

Bad weather conditions, such as heavy rain, snow, excessive sunlight and flooding will deter any safe driver from the road. However, Google's car doesn't detect such obstacles and can't account for risky driving situations. To make matters worse, the car only relies on previously mapped areas. This means traffic lights or stop signs that haven't been mapped out on a GPS will not be registered by the car.

Safety concerns
The problems associated with a driverless car revert back to its lack of intuition and street smarts while driving - something that every driver has some sense of. According to the MIT report, Google's car would plow through a red light if it didn't show up on its map. Because of this, a high-speed car would be racing down the street without ever stopping for other cars or pedestrians.

"It would also plow right into a huge pothole or over an open manhole; if there was a cop directing traffic around an accident, it wouldn't recognize that either," said Darlene Storm of Computer World.

Simplistic technology
During its study period, Google's car drove 700,000 miles without an accident. However, for all of its feats, it relies on technology that isn't fully recognized. Obstacles in the path of the car show up as pixilated images of different colors, according to the New York Daily News.

"There is also no way for the Google car to tell the difference between a large rock and a wayward plastic bag in the middle of the road, so it will take steps to avoid either object," says Brian Leon of NY Daily News.

Without the ability to make informed judgment calls, the Google car still has to develop a better idea of actual road conditions before it can pass any safety regulations. It will also have to constantly be updated to account for new construction such as side streets, driveways and road detours.

Currently, Google cars on the road have limited speeds of 25 mph to avoid possible wrecks. They also have high-powered sensors mounted on the car that can detect objects over 200 yards away, according to Computer World.

While the Google car may be better at eliminating blind spots and staying in its lane, too many questions have arisen surrounding its road readiness. The car is being tailored to address these concerns and makers hope to have the car fully prepared for the road within five years.